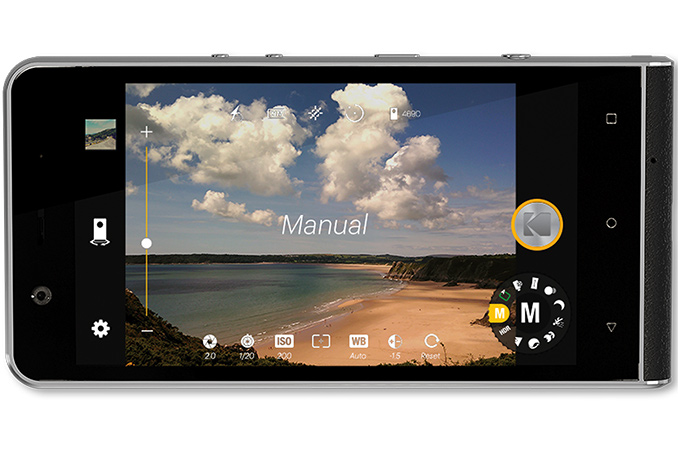 Eastman Kodak and the Bullitt Group on Thursday introduced the Ektra smartphone, which will be the first mainstream handset carrying the Kodak brand. The phone inherits its Ektra name from Kodak’s consumer cameras from the 1940s, and is designed to cater to digital photography enthusiasts, which is emphasized by overall design (which somewhat resembles the original), a large assembly of lenses as well as a dedicated shutter button. Initially, the Kodak Ektra device will be exclusively in Europe for €499.

Kodak developed the world’s first digital camera in the mid-1970s and has patented a huge number of digital imaging-related technologies since then. Although the company was fairly successful with its digital cameras in the 1990s and early 2000s, it lost a significant chunk of its market share later on as new companies entered the scene. Consequently, Kodak filed for Chapter 11 bankruptcy protection in early 2012 and then had to exit the digital camera business, sell off its image sensor solution unit and some other businesses, and then sell many of its patents to a group of high-tech rivals in 2013. After re-emerging from bankruptcy, Kodak decided to focus on commercial products and services, but did not forget its heritage of serving consumers. In 2013, it demonstrated its first micro four thirds camera to be made by a third party and in late 2014 announced plans for smartphones. 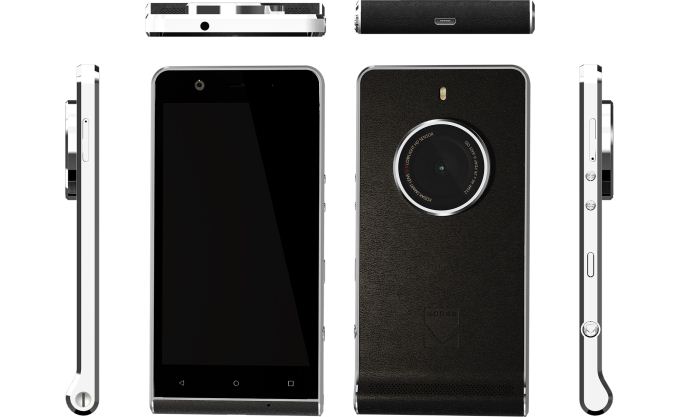 Nowadays the market for standalone cameras is on the decline as many people use smartphones to make pictures, and this is when Kodak decided to team up with Bullitt (which also has rights to produce phones under CAT and Land Rover brands) to create a Kodak-branded handset. Under the terms of the agreement, Kodak licensed two of its trademarks to Bullitt and then developed the photography software as well as the optical lenses assembly. In the meantime, Bullitt designed the Kodak Ektra smartphone itself. 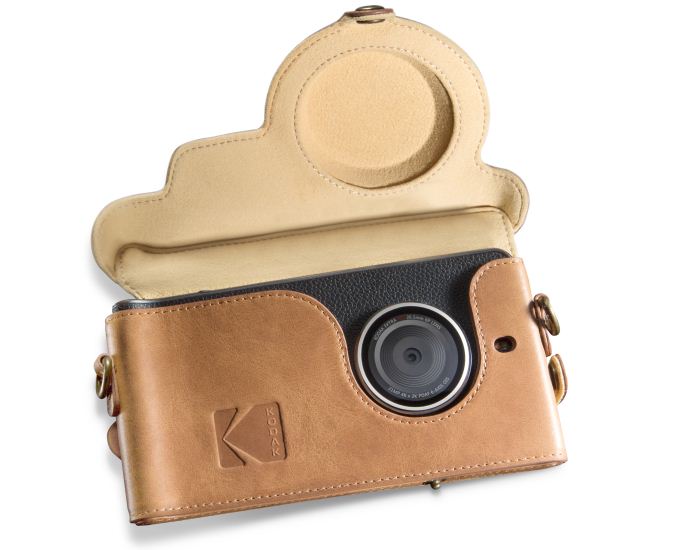 From hardware point of view, the Kodak Ektra is a typical mainstream smartphone, featuring a 5” FHD display and is based on MediaTek’s Helio X20 SoC. The handset comes equipped with 3 GB of LPDDR3 RAM, 32 GB of NAND flash storage, a 802.11ac Wi-Fi + BT 4.1 wireless module, a 4G/LTE Cat4 modem and a 3000 mAh battery. A good thing is that the phone sports a USB Type-C port used both for data and charging.

Meanwhile, the imaging capabilities of the Kodak Ektra deserve a closer look: after all, the smartphone is all about photography. The main (rear) camera of the phone uses Sony’s 21 MP Exmor RS IMX230/IMX338 sensor (Kodak does not reveal the exact model), which is found on some other smartphones nowadays, as well as a dual-LED flash. As noted above, Kodak designed the imaging software with SLR-like UI to select the scene type (e.g., HDR, landscape, portrait, macro, sport, night-time, panorama, bokeh as well as a smart auto mode). In addition, the phone supports the manual mode that allows adjusting exposure, ISO, focus, white balance and shutter speed — just like on cameras. Finally, Kodak applied a special coating to the lenses to maximize their luminous transmission.

While Sony’s 21 MP sensors are used relatively widely and behave predictably, Kodak’s lens assembly and custom software are supposed to be the main factors that will differentiate the Ektra from competing Android 6-based devices. Obviously, we will need to test the hardware and software before drawing any conclusions about imaging capabilities of the Kodak smartphone. As for the front-facing camera, Bullitt/Kodak installed a fairly good 13 MP sensor with an f/2.2 lens.

Kodak and Bullitt intend to sell the Ektra in Europe later this year for €499 or £449, depending on the country, through Bullitt’s typical sales channels. The design as well as the price point clearly indicate that the Kodak Ektra is a niche phone that is positioned below flagship models from Apple and Samsung, but still relatively high in the market for what's largely mainstream hardware. That said, it looks like the Ektra is banking on people familiar with the Kodak brand, who value imaging capabilities, stylish design and original accessories (Kodak will offer a case and a pouch). However, it is unlikely that the smartphone will capture a significant chunk of the market. After all, many smartphone makers claim that their products have the industry’s best photography capabilities and Kodak/Bullitt are definitely not the first to advertise such features.