Apple's MacBook Pro: Using it as a Mac and a PC

With the MacBook Pro Apple introduced its MagSafe power connector, a magnetic power connector that's designed to easily break away if you accidentally step on the cord or pull it too far instead of taking the notebook down with it. The idea makes a lot of sense, and the connector is significantly smaller than its predecessor, but there are many cases where it can get annoying. Although the MagSafe connector remains attached most of the time, the minute you put more strain than normal on the power cable you can expect it to break away. While normally this behavior would be what you want, it's generally not what you expect if you're used to conventional power connectors. I'm convinced that the MagSafe approach is safer as the chances of you breaking your power connector or even worse, your laptop, are far diminished but it takes some getting used to. If you're used to using your notebook at the very limits of its power cable's length, you'll have to change your ways as the MagSafe connector won't allow it. 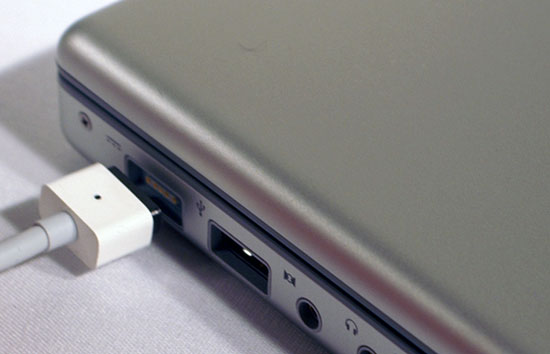 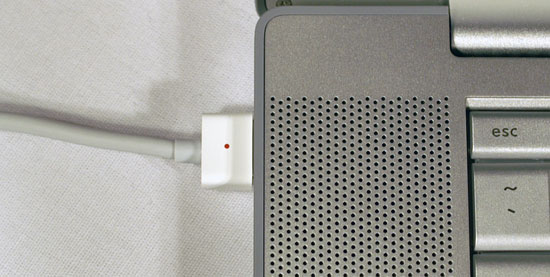 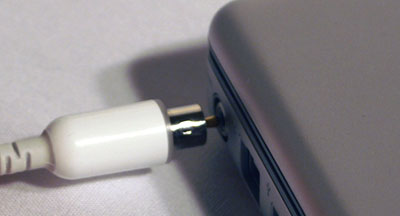 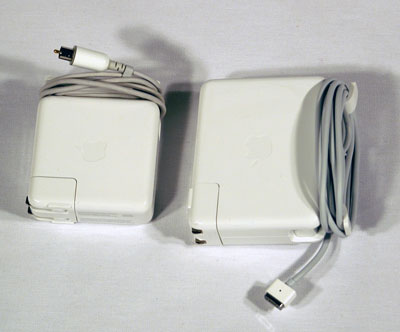 The caps lock LED is now a much brighter green compared to its predecessor's yellow-green color. The MagSafe power connector also features the same green LED, and when charging the LED turns a similarly bright orange. The size of the light on the power connector has been reduced, though, which means that the MacBook Pro won't illuminate a dark hotel room nearly as much as the old PowerBooks did when charging while you sleep. Having spent many trips covering my PowerBook with a pillow while it charged, the change is welcome. 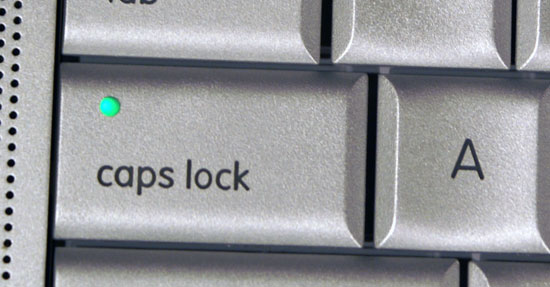 The MacBook Pro's keyboard is identical to its predecessors, which overall isn't a bad thing. The PowerBook G4's keyboard ended up being one of my all time favorites, second only to ThinkPad keyboards which continue to be my top choice for anyone who writes a lot. Being that it uses the same keyboard as before, the MacBook Pro doesn't feature any dedicated page up/page down keys nor any dedicated home/end keys (they are shared with the arrow keys). I would assume that a solid portion of Apple's customers may be folks who happen to be writers, in which case it would make sense for Apple to invest in an updated keyboard layout that accommodates keys frequently used by them.

My only other complaint about the keyboard is actually a complaint I have about virtually all notebook keyboards - that the fn key does not need to be in the lower left corner of the notebook. There are less frequently used areas on the keyboard to stick that key and for some reason it always ends up being around the keys I use fairly frequently (left ctrl, left option and left command). This isn't really any Apple-specific complaint, but rather something that has bothered me about every notebook keyboard I've used.

The trackpad on the MacBook Pro is huge; it's one of the first things I noticed after lifting the display lid. Other than the "why-not?" factor, it seems that Apple made it so big to better accommodate the scrolling functionality that's supported by it. Using two fingers on the trackpad you can now scroll horizontally or vertically. The process is actually extremely natural and far better than other systems I've used where only particular parts of the trackpad are reserved for scrolling. Just as you would guess, you place two fingers on the trackpad and move them in the direction you wish to scroll. Your cursor disappears and you begin to scroll; while it's not as natural as using a scroll wheel on a mouse, it's pretty darn close. 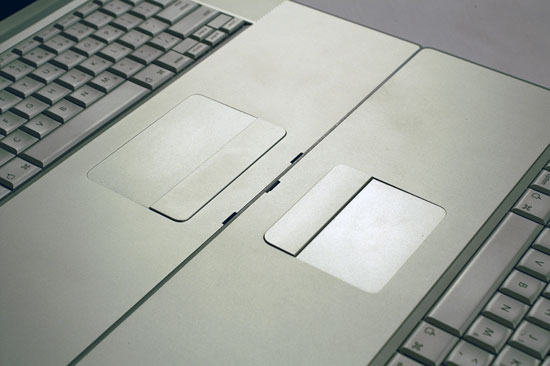 Vulkan 1.3 Specification Released: Fighting Fragmentation with Profiles AT Deals: Intel Core i3-10105 CPU Down to $105 at Newegg