In 2009-2010, AMD launched the entire 4 chip Evergreen series in 6 months. By previous standards this was a quick pace for a new design, especially since AMD had not previously attempted a 4 chip launch in such a manner. Now in 2012 AMD’s Southern Islands team is hard at work at wrapping up their own launch with new aspirations on quickness. Evergreen may have launched 4 chips in 6 months, but this month AMD will be completing the 3 chip Southern Islands launch in half the time – 3 chips in a mere 3 months.

To that end today AMD is taking the wraps off the final piece of the Southern Islands puzzle: Pitcairn. The middle child of the family, it will be the basis of AMD’s $250+ enthusiast segment Radeon HD 7800 series. We’ve seen AMD capture the high-end with the 7900 series and struggle to control the mainstream market with the 7700 series, but how does the 7800 series fare amidst AMD’s lead in deploying 28nm GPUs? Let’s find out.

So what exactly is Pitcairn? In a nutshell, take Cape Verde (7700) and double it, and you have Pitcairn. Pitcairn has twice the number of CUs, twice the number of ROPs, twice the memory bandwidth, and of particular importance twice as many geometry engines on the frontend. This works out to 1280 SPs among 20 CUs – organized as a doubling Cape Verde’s interesting 4/3/3 configuration – 80 texture units, 32 ROPs, 512KB L2 cache, and a 256-bit memory bus. Compared to Tahiti, Pitcairn still has 12 fewer CUs and as a result less shader and texturing performance along with the narrower memory bus, but it has the same number of ROPs and the same frontend as its bigger brother, which as we’ll see creates some very interesting situations. 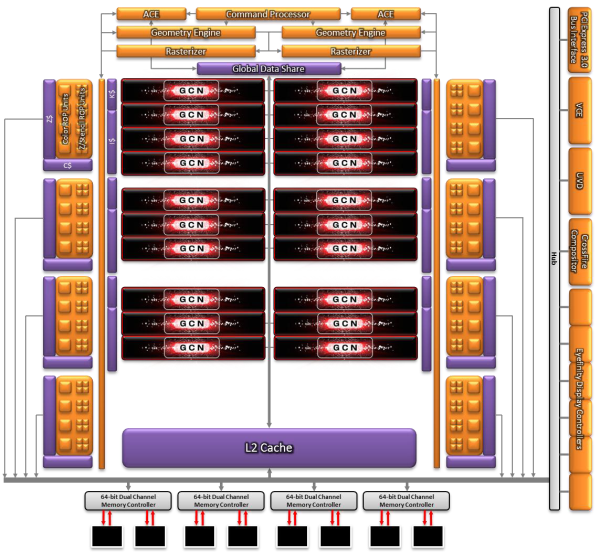 On the functionality side of things, the Cape Verde comparisons continue. As with all Southern Islands family parts, Pitcairn supports things such as DX10+ SSAA, PowerTune, Fast HDMI support, partially resident textures, D3D 11.1 support, and the still-AWOL Video Codec Engine (VCE). FP64 support is once again present, and like Cape Verde it’s a performance-limited implementation for compatibility and software development purposes, with FP64 performance limited to 1/16th FP32 performance.

AMD’s Pitcairn cards will be the Radeon HD 7870 GHz Edition and the Radeon HD 7850. The 7870 is a full Pitcairn, clocked at 1000MHz core and paired with 2GB of GDDR5 running at 4.8GHz. It has a PowerTune limit of 190W while AMD puts its typical board power draw closer to 175, meanwhile idle power consumption is around 10W with a long idle of 3W like the rest of Southern Islands. As for the 7850 it’s the typical lower tier part, featuring 16 active CUs (1024 SPs), an 860MHz core clock, and the same 2GB of GDDR5 running at 4.8GHz as its counterpart, giving it roughly 68% the shading/texturing performance and 86% of the ROP & frontend performance of the 7870. The PowerTune limit is 150W with a typical board power of 130W, and the same 10W/3W idle power consumption as the 7870. 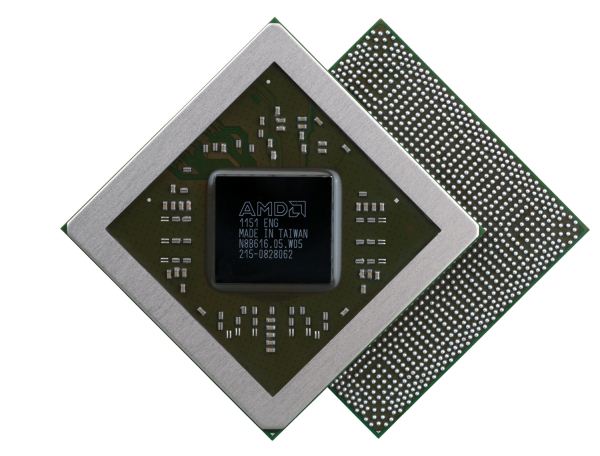 Altogether the 7800 series isn’t just the successor to the Barts based 6800 series in name but also the successor to the 6800 in design. This includes not only power consumption, with one card being a sub-150W part, but also with regards to things such as CrossFire, where it features a single CF connector. Interestingly enough even though Barts was already a fairly small chip for its performance, Pitcairn takes this one step further with a die size of 212mm2, which in turn contains 2.8B transistors, only 160M more than Cayman. As we’ll see when we get to our benchmarks, this makes Pitcairn a surprisingly small chip given its 6970+ performance. 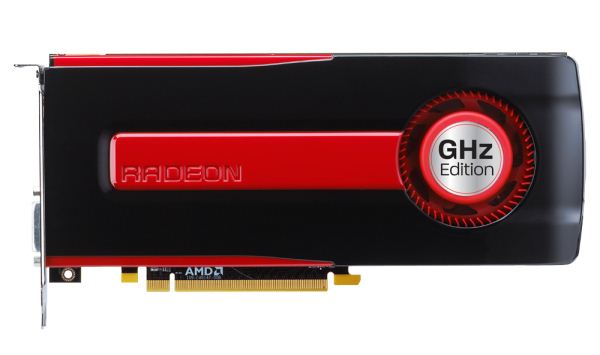 Speaking of the 6970, let’s talk about the 7800 series’ competition. As AMD began winding down Cayman (6900 series) almost immediately with the launch of the 7900 series, at this point the 6900 market has effectively dried up. Having taken themselves out of competition with themselves, AMD’s only competition is NVIDIA’s lineup. From a performance and price basis the 7870 and 7850 don’t map particularly well to any specific NVIDIA products, but generally speaking they’re targeted against the GTX 570 and GTX 560 Ti respectively.

Finally, as far as availability goes this will be a delayed launch. AMD is formally unveiling the 7800 series today, but it will not go on sale until the 19th, 2 weeks from now. AMD has said that this is due to both CeBIT and the Game Developers Conference; AMD and their partners want to be able to show off the 7800 series to their respective attendees at those events, with both events being far too large to keep the 7800 under wraps. This delayed launch also means that partner cards aren’t quite ready yet, so we only have AMD’s reference cards on hand. We’ll be taking a look at partner cards later this month.