Throughout the last couple of months AMD has been in the process of carefully and deliberately rolling out their latest generation of video cards. In a multi-staged process we have seen AMD engage in a what is best described as a drawn-out teaser and an early technical briefing, announcing their intention to roll out a new high-end video card this quarter, further teasing the public with pictures of the card, and then in the middle of all of that giving the technical press an in-depth briefing on AMD’s key next-generation memory technology, High Bandwidth Memory. While AMD did their best to make sure the details of the cards were kept under wraps – with varying results – AMD definitely wanted to make sure the world would know that their card was coming.

Catching up to the present, earlier this week AMD held their 2015 GPU product showcase, dubbed “The New Era of PC Gaming.” As the latest stage in AMD’s master plan, AMD held a public event in Los Angeles similar to their 2014 GPU product showcase in Hawaii, where the company announced their product lineup ahead of the full launch of the products in question. In the presentation we learned some (but not all) of the details surrounding AMD’s Radeon 300 series, including the numbered products from 360 to 390, and of course the company’s new high-end flagship video card, the Radeon R9 Fury X. 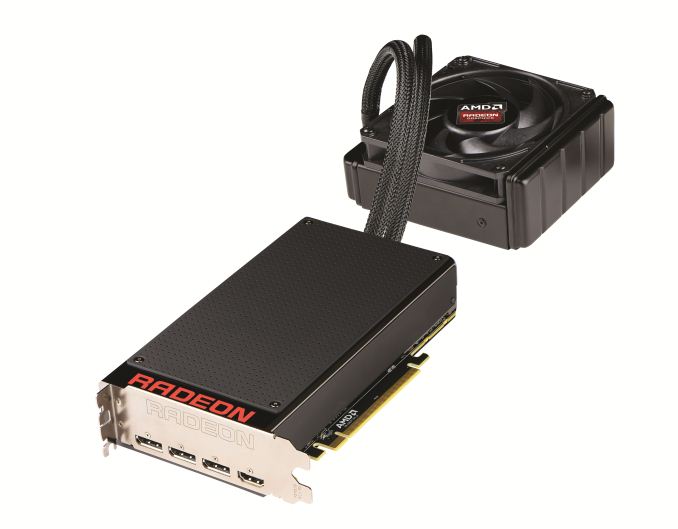 All told the showcase itself was something of a teaser itself – we got prices, but not complete specifications – but we also received confirmation of AMD’s rollout plans. The next stage, coinciding with today’s article, is the formal launch of the numbered members of the Radeon 300 series, which are product refreshes based on existing AMD GPUs, similar to what we saw with the 200 series in 2013. Meanwhile today is also the greater unveiling (but not the launch) of the Fury series, with AMD allowing us to share more details about the new card and its specifications. Following today’s announcements and launches, the Radeon R9 Fury X will be launching in just under a week from now, on June 24th, and then after that the R9 Fury (vanilla) will be launching on July 14th.

Overall AMD is launching an almost top-to-bottom refresh of its product lineup overnight. Between now and July 14th the company and its partners will introduce cards from $109 to $649, and while there are a few gaps that AMD is almost certainly purposely leaving in place to give them something to announce later this year, overall we’re seeing more or less AMD’s entire hand for 2015 and early 2016 in one go. 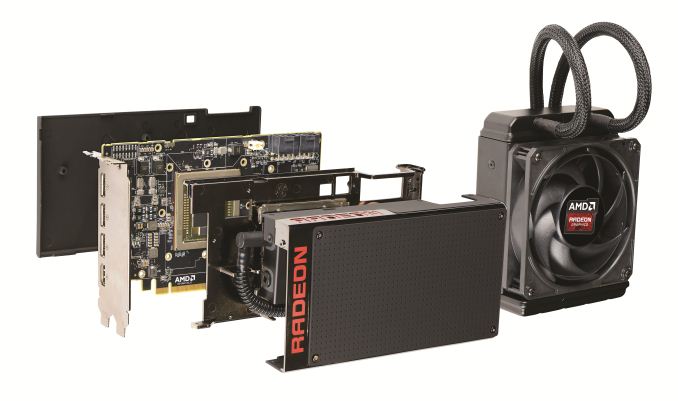 As for the subjects at hand today, there are really two stories to talk about. The first is of course the Radeon R9 Fury series, the products that will house AMD’s newest flagship GPU, Fiji. While I won’t butter up Fiji from an architectural standpoint at this time, what Fiji does bring to the table are two very big changes for AMD. The first of these is of course high bandwidth memory, which not only gives AMD more VRAM bandwidth than ever before, but it outright changes how GPUs video cards are constructed. The second big change is that Fiji is just very big. At 596mm2 AMD went right to the reticle limit, putting AMD squarely into the big GPU race. 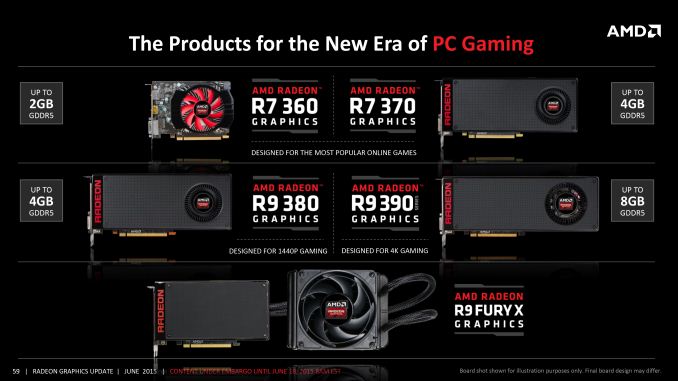 But before Fury comes the rest of the 300 series. We'll take a look at Fury in due time - while we've been briefed on the subject and have been authorized to discuss it, we want to hold back for when we have the hardware in hand - so our focus for today will be on what's launching today, and that's the Radeon 300 series.

Being released today are five new cards from AMD’s partners, which will form the backbone of the Radeon 300 series from $109 to $429. To our regular readers these parts will be familiar – and to some, perhaps more familiar than they’d like – while for AMD the 300 series represents their 3rd generation of retail 28nm products.