Update 2016/03/07: Well so much for that. Fable Legends has been canceled. So it will ultimately be another game that gets to claim the right as the first Unreal Engine 4 based DX12 game.

DirectX 12 is now out in the wild as a part of Windows 10 and the updated driver model WDDM 2.0 that comes with it. Unlike DX11, there are no major gaming titles at launch - we are now waiting for games to take advantage of DX12 and what difference it will make for the game playing experience. One of the main focal points of DX12 is draw calls, leveraging multiple processor cores to dispatch GPU workloads, rather than the previous model of a single core doing most of the work. DX12 brings about a lot of changes with the goal of increasing performance, offering an even more immersive experience, but it does shift some of the support requirements to the engine developers such as SLI or Crossfire. We tackled two synthetic tests earlier this year, Star Swarm and 3DMark, but due to timing and other industry events, we are waiting for a better time to test the Ashes of the Singularity benchmark as the game nears completion. Until that point, a PR team got in contact with us regarding the upcoming Fable Legends title using the Unreal 4 engine, and an early access preview benchmark that came with it. Here are our results so far.

Fable Legends is an Xbox One/Windows 10 exclusive free to play title built by Lionhead Studios in Unreal Engine 4. The game, styled as a ‘cooperative action RPG’, consists of asymmetrical multiplayer matches with attackers trying to raid a base and the defender playing more of a tower defense position. 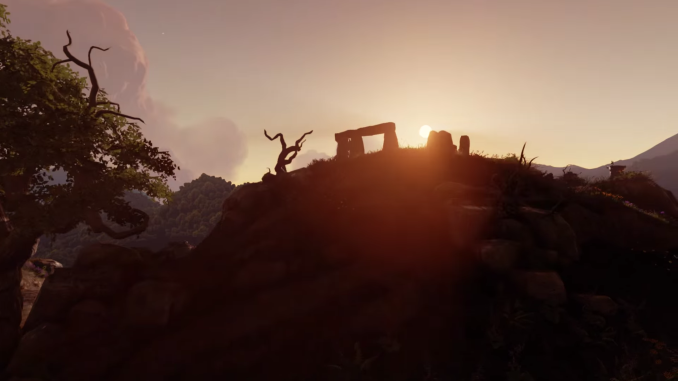 The benchmark provided is more of a graphics showpiece than a representation of the gameplay, in order to show off the capabilities of the engine and the DX12 implementation. Unfortunately we didn't get to see any gameplay in this benchmark as a result, which would seem to focus more on combat. This is the one of the first DirectX 12 benchmarks available - Ashes of the Singularity by Stardock was released just before IDF, but due to scheduling we have not had a chance to dig into that one yet. This will be our first look at a DirectX 12 game engine with a game attached as a result.

This benchmark pans through several outdoor scenes in a fashion similar to the Unigene Valley benchmark, focusing more on landscapes, distance drawing and tessellation rather than an upfront first-person perspective. Graphical effects such as dynamic global illumination are computed on the fly, making subtle differences in the lighting and it  shows the day/night cycle being accelerated, similar to the large Grand Theft Auto benchmark.  The engine itself draws on DX12 explicit features such as ‘asynchronous compute, manual resource barrier tracking, and explicit memory management’ that either allow the application to better take advantage of available hardware or open up options that allow developers to better manage multi-threaded applications and GPU memory resources respectively. The updated engine has had several additions to implement these visual effects and has promised that use of DirectX 12 will help to improve both the experience and performance.

The software provided to us is a prerelease version of Fable Legends, with early drivers, so ultimately the performance at this point is most likely not representative of the game at launch and should improve before release. What we will see here is more of a broad picture painting how different GPUs will scale when DX12 features are thrown into the mix. In fact, AMD sent us a note that there is a new driver available specifically for this benchmark which should improve the scores on the Fury X, although it arrived too late for this pre-release look at Fable Legends (Ryan did the testing but is covering Samsung’s 950 Pro launch in Korea at this time). It can underscore just how early in the game and driver development cycle DirectX 12 is for all players. But as with most important titles, we expect drivers and software updates to continue to drive performance forward as developers and engineers come to understand how the new version of DirectX works. 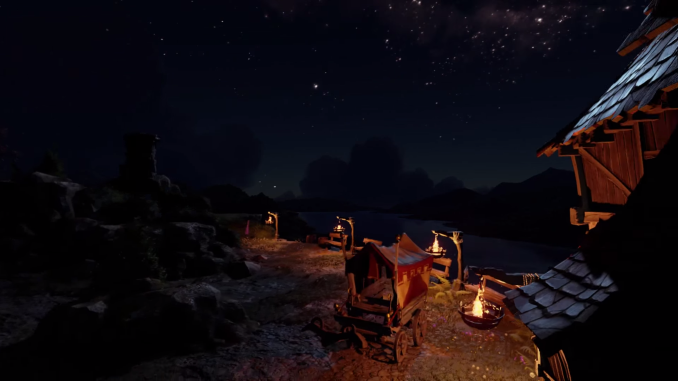 With that being said, there does not appear to be any stability issues with the benchmark as it stands, and we have had time to test graphics cards going back a few generations for both AMD and NVIDIA. Our pre-release package came with three test standards at 1280x720, 1920x1080 and 4K. We also attempted to test a number of these combinations multiple CPU core and thread count simulations in order to emulate a number of popular CPUs in the market.

All the results in this piece are on discrete GPUs. The benchmark outputs a score, which is merely the average frame rate multiplied by a hundred, but it also dumps an extensive data log where it tracks over 186 different elements of the system every frame, such as compute time for various effects for each frame. Our testing takes on three roles – direct GPU comparison of average frame rates at 1080p and 720p in our i7-4960X mode, CPU scaling at each resolution with the GTX 980 Ti and AMD Fury, X and then a deep analysis of the percentile data of these two graphics cards at each resolution and each CPU configuration.