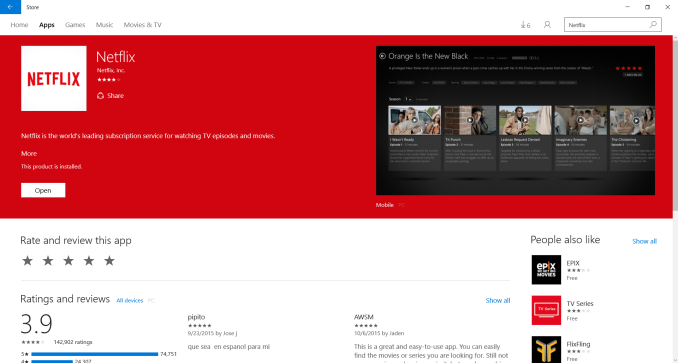 Readers of our mini-PC reviews would have noticed that our routine involves detailed power consumption tests. Ensuring a level playing field for all the units involves turning off automatic Windows updates (so that we don't have unnecessary processes taking up CPU cycles or downloading of updates consuming network bandwidth and driving up the idle power consumption). On Windows 8.1 and earlier versions, turning off automatic updates was trivial, but Windows 10 presents some challenges.

Our review of the ECS LIVA Core (published yesterday) was the first to make use of Windows 10. Turning off updates in Windows 10 Professional is not too difficult using the Group Policy editor, but Windows 10 Home has only one way to prevent updates from getting downloaded - by setting the network interface as a metered connection. (Update: It is also possible to turn off the Windows Update Service itself in Windows 10 Home) After having configured the WLAN connection on the ECS LIVA Core to be metered, we set about running our benchmarks.

Testing out Netflix streaming is a part of our evaluation of the HTPC credentials of a system. Firing up our test stream in the Windows 10 Netflix app and bringing up the debug information gave us a nasty shock. Despite being on a 75 Mbps Internet connection, the app was streaming the test title at a measly 235 kbps. Trying to manually set a higher buffering bitrate in the Stream Manager (accessible via Ctrl-Shift-Alt-S) ended up force-quitting the app without any warning. 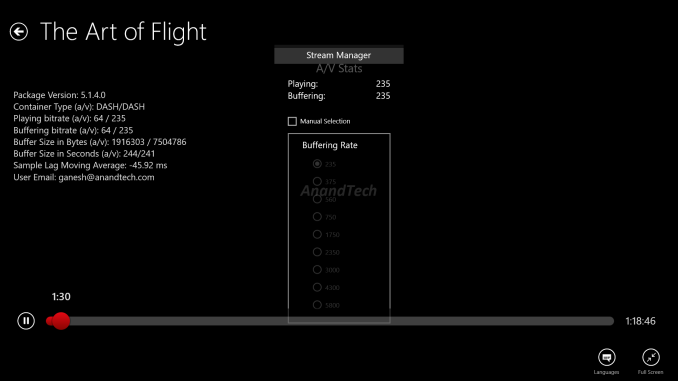 I immediately searched online and found a Reddit thread dealing with a similar issue. Initially, I thought that the Netflix app was buggy (as a previous version on another Windows 10 PC was able to stream at the maximum bitrate without any issues). In order to rule out the PC's WLAN connection as the culprit, I fired up Microsoft Edge and streamed the test title using the HTML 5 interface for Netflix. 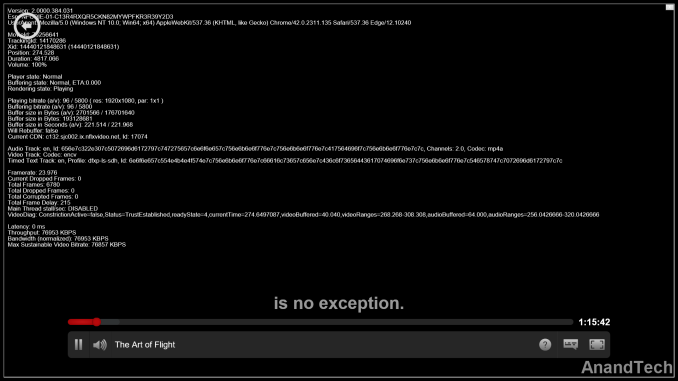 The title streamed with the maximum video bitrate (similar to the app), but the audio was only 2.0 at 96 kbps (no Dolby Digital Plus 5.1 stream at 192 kbps).

A few days after finishing up the benchmarking, the OS threw up a message indicating that it had been a long time since it had been able to check for updates. That is when it struck me that the metered connection could have been the culprit for the behavior of the Netflix app. I immediately tested out with the network connection set to metered and also with the setting at default (non-metered) 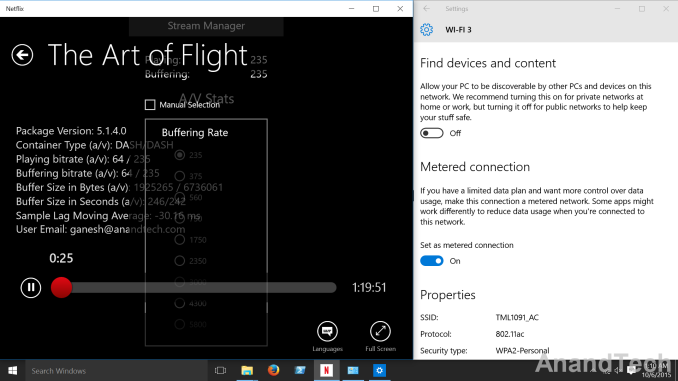 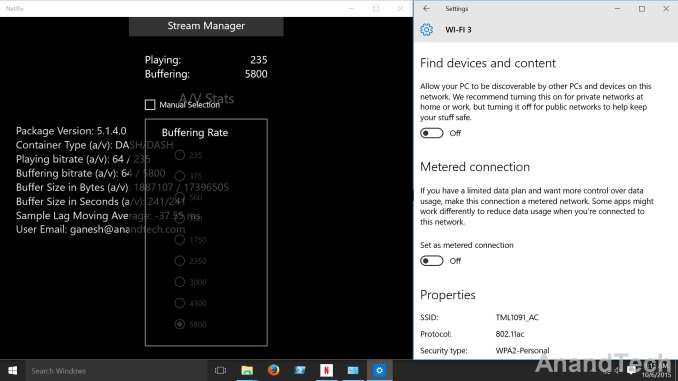 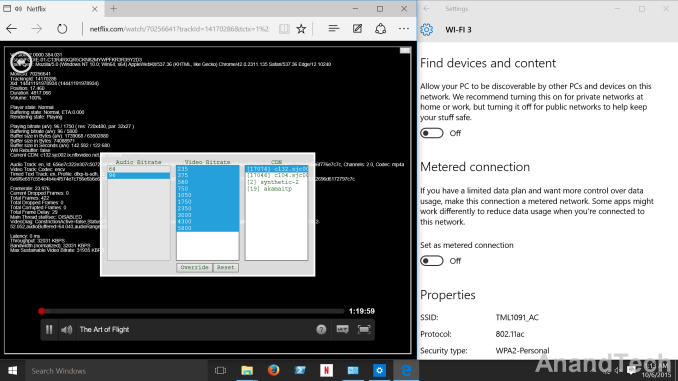 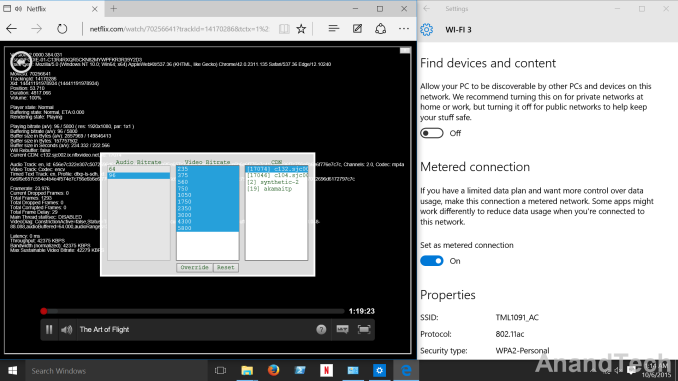 All in all, the PSA here is that if one sets the network connection to metered for any purpose, make sure to turn it off if Netflix streaming at the highest bitrate is required through the Windows 10 app.