The other half the Oculus Rift experience is of course the software, and indeed this was really the primary focus of Oculus’s GDC event, as they wanted to show off what their partners had been developing. More than just having games to play on the Rift, Oculus’s partners will help shape the future of the headset for better and for worse, as it takes careful consideration of how to use a VR environment to do something memorable with it while not inadvertently disorienting the user. The Rift is being launched in VR’s still experimental phase, but though Oculus would like every game to at least offer a good VR experience, even if perhaps the underlying gameplay isn’t as good.

Overall there’s nothing I’ve seen running on the Rift that couldn’t be done with a traditional 2D display, and to be honest I’m not sure if a game/experience that truly only works in VR will ever exist. That said, the purpose of VR is to add depth and immersion, which everything I’ve tried does to some degree or another. For their event Oculus ended up showing off 41 games, 30 of which will be launching with the Rift, so there is a pretty deep variety of games beyond the half-dozen I had a chance to play with.

Altogether the majority of the games I sampled were Touch-based. Though this appears to be the luck of the draw for scheduling, as other journalists ended up at the other end of the spectrum playing almost entirely controller-based games. The Touch controller games are obviously still a work in development, as the Touch controller itself is not shipping yet, which gives developers some time to further polish their games.

Of the Touch based games I tried, my favorite ended up being the aptly named Job Simulator, which surprised even me. For the Oculus demo they were showcasing the short order cook job module, which puts the player in the position of trying/fumbling around a kitchen cooking up orders. This is a game where if nothing else it wouldn’t play nearly the same without motion controls, as the imprecision adds a mix of challenge and charm. 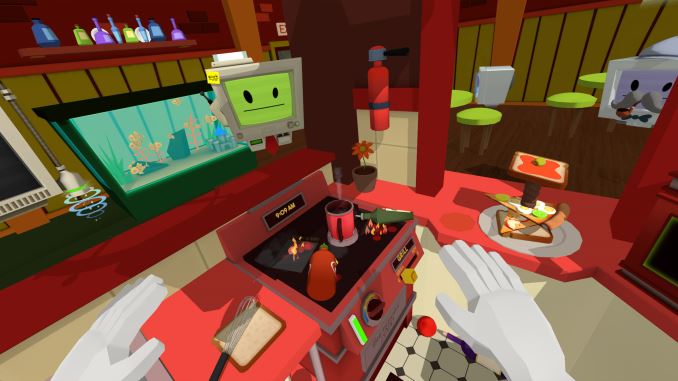 This is not a graphically intensive game (and it will be coming to the PS4 VR, along with the HTC Vive as a pack-in title), so it’s more about gameplay than it is graphics. The thoroughly tongue-in-cheek writing (it’s 2050 and robots have taken over all jobs) helps to sell the manic and completely unserious nature of the game. But perhaps most of all it’s amusing to see what you (and others) do when playing the game; for example I caught myself always closing a refrigerator door entirely out of habit, even though it had no bearing on the gameplay to speak of.

Fantastic Contraption on the other hand isn’t as structured or as silly, but the physics puzzle game was the most natural of the motion control experiences. As I discussed a bit earlier in the hardware section, the use of motion controls feels extremely natural here; squeezing both controllers while moving your hands in and out to stretch or shrink a wooden stick quickly comes as second nature. After a short period of time I simply took for granted that I was building devices in 3D space using my hands. This is another graphically simple game, though conversely the Rift’s screen door effect was the least pronounced here. 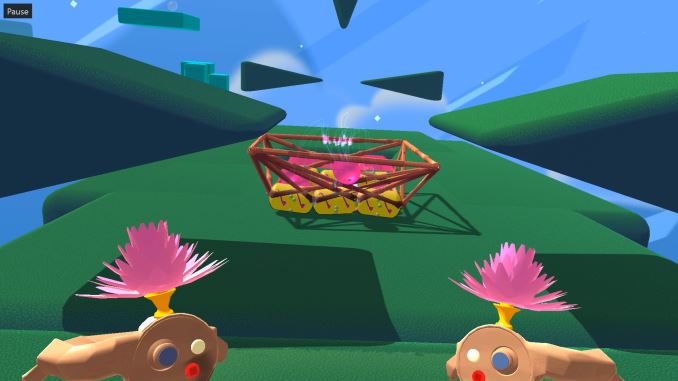 Also showing off their wares at the Oculus event was Harmonix, with Rock Band VR. This stand alone title isn’t related to their current efforts to publish Rock Band 4 on the PC (Oculus will be publishing the VR game), though it’s very much the Rock Band experience. Right now Harmonix only has the classic game up and running in VR – so you’re looking around at the other band members and the audience in first-person while playing a guitar – which by their own admission isn’t the most exciting use of VR here, since your attention will primarily be on the note highway. They have a second game mode in development that will be a departure from the classic format in order to better fit VR, and that will be shown off at a later date. In the meantime they are making use of motion controls in a very interesting way: a Touch controller is mounted to the end of the guitar, allowing them to track the position of the guitar in real-time in order to show it to the user. 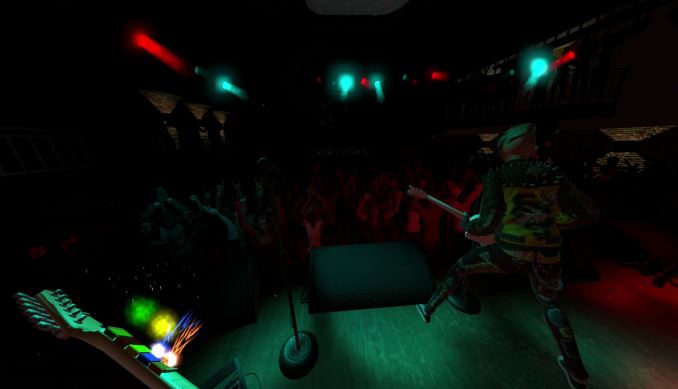 Another motion controlled game where the name essentially says it all is Sanzaru Games’s VR Sports. For the Oculus event they had basketball and football ready for demonstration, offering modes such as dunking basketballs and playing a slightly dumbed down football game as both the quarterback and the receiver. Overall the game lives up to its name, though as a smorgasbord experience it never goes too deep. 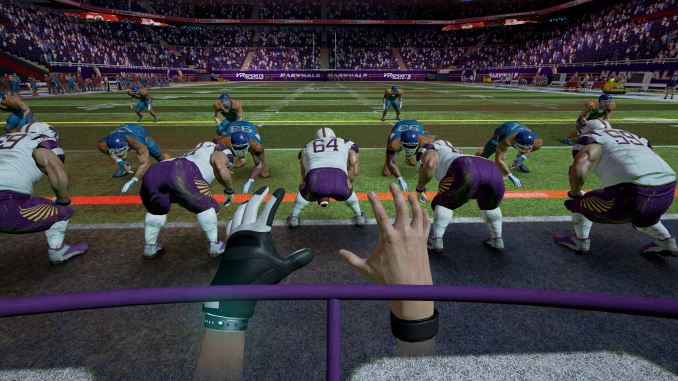 The final motion controlled game during my time at the Oculus event was I Expect You to Die by Schell Games, which besides being a terrible thing to see on one’s official schedule, is a combination adventure/puzzle/escape game, that asks the player to figure out how to escape various deadly situations. Like some of the other motion control games, this one has an intentionally lighthearted and campy tone, using the 60s super-spy theme as its backdrop. From a technical perspective it’s not pushing the envelope on graphics, as the focus is more on the motion controls and the puzzles. Suffice it to say, there’s a lot of dying involved, and indeed finding ways to die may be more entertaining than actually escaping. 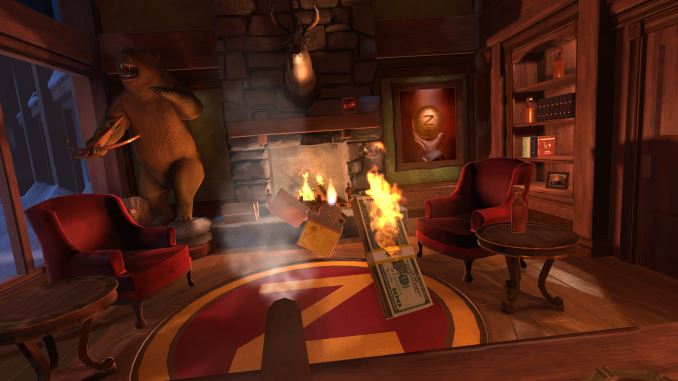 Finally, at the other end of both the control and image quality spectrum, I had a chance to try out the VR version of Project CARS. CARS is already a well-regarded game, and even though VR is an add-on you will scarcely know it. In order to hit the necessary resolution and framerate requirements, the developers have turned down the image quality some, but it still retains most of the game’s stunning visuals and every last bit of its realism. On more than one occasion I caught myself looking off to the side at the environment as opposed to watching where I was driving, which was a good idea right up until I sideswiped a guardrail. 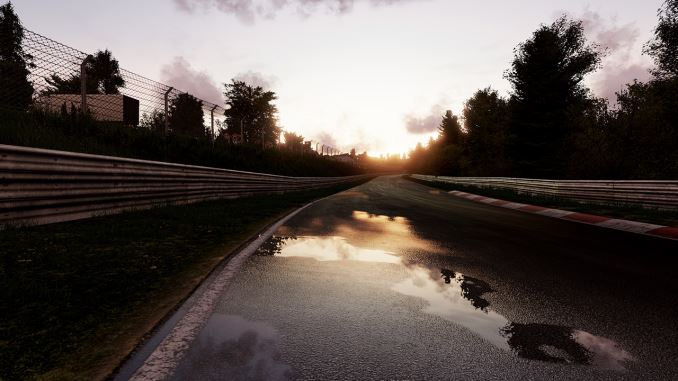 Project CARS in a sense encompasses both some of the best and worst aspects of the current generation Rift. As a realistically rendered game, putting you behind the wheel of a car driving through varied locations is very immersive; it’s a true stunner. On the other hand the fine detail also highlights the limited pixel density of the Rift, and even with anti-aliasing you still get pop-in and jaggies as a result. It’s never unplayable (I would have happily done another track or two if I had the time), but it is the game that makes it clear why no one will be stopping with current pixel densities.

Wrapping things up, Oculus and the various development editions of the Rift have served as a pathfinder to the overall explosion of development of VR in the last few years. And while Oculus is no longer alone in what’s now a very busy field, they will be the first to get their vision out the door. To that end the current pre-order list is already backed up to July – 4 months past when the first units will ship – so I’m not sure they need any more publicity or pre-orders at this time, but I expect that the retail Rift is going to continue to set the tone for the VR industry as a whole.

As I’ve stated earlier, overall the hardware is not perfect: pixel density is plenty workable, but clearly there is room for improvement. However perhaps more importantly, in my hands-on time with the Rift I feel that Oculus has nailed the head tracking and latency aspects. There’s no disconnect that I could feel between my motions and what was rendered, and that makes the entire experience very convincing and enjoyable, not to mention motion sickness-free. Similarly, for their retail product Oculus has finally come up with a fitting mechanism that is suitable for even my big head, which makes me confident that it should fit almost any head. The overall usability of a VR headset is poor without a good fit, so the importance of finally having so much flexibility in fitting can’t be overstated.

Overall then I’m looking forward to seeing how well the Rift does in the market and what game developers can do with virtual reality. VR as a market is not a surefire thing – after all it already failed once – but this time around Oculus looks to have solved the most important technical aspects of the VR experience. And once we can get our hands on a retail unit for a full review, I’m looking forward to better analyzing just what they’ve done under the hood in order to make all of this happen.