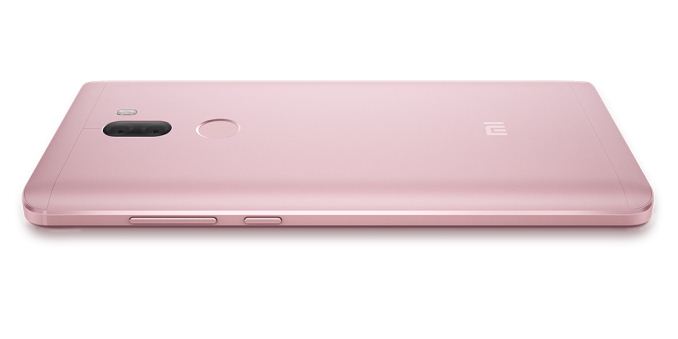 Xiaomi announced two new flagship smartphones today. The Mi 5s and Mi 5s Plus are updates to the Mi 5 / Mi 5 Pro and Mi 5 Plus phones that were announced at MWC 2016 in February, and pack some new hardware inside a new brushed-aluminum chassis.

Both the Mi 5s and Mi 5s Plus use Qualcomm’s Snapdragon 821 SoC, which itself is an updated version of the popular Snapdragon 820 that’s inside the Mi 5 phones and many of the other flagship phones we’ve seen this year. With Snapdragon 821, max frequencies increase to 2.34GHz for the two Kryo CPU cores in the performance cluster and 2.19GHz for the two Kryo cores in the power cluster. The Mi 5s uses the lower-binned version of the 821 that limits peak CPU frequencies to 2.15GHz and 2.00GHz, respectively. Complementing the quad-core CPU is Qualcomm’s Adreno 530 GPU that also sees a small 5% increase in peak frequency to 653MHz in the Mi 5s Plus. While it’s unclear if the 821 includes any changes to its micro-architecture, Qualcomm has likely done some layout optimization as it’s quoting a 5% increase in power efficiency. The Mi 5s and Mi 5s Plus still pair the SoC with LPDDR4 RAM and UFS 2.0 NAND like their predecessors.

The Mi 5s still comes with a 5.15-inch 1080p IPS LCD. This is an extended color gamut panel that will display exceptionally vivid, but inaccurate, colors. Xiaomi claims the display will reach a peak brightness of 600 nits, which it achieves by increasing the number of LEDs in the backlight assembly from the typical 12 to 14 in most edge-lit IPS displays to 16, a feature also shared with the Mi 5. This improves power efficiency by 17%, according to Xiaomi, presumably from using more LEDs at lower individual output levels. The Mi 5s Plus has a larger 5.7-inch 1080p IPS display with a pixel density of 386ppi, which is still decent for an LCD, and a claimed brightness of 550 nits. It's also an extended color gamut panel, but Xiaomi includes an sRGB display mode and the ability to adjust the white point for both the Mi 5s and Mi 5s Plus.

While the front camera still uses a 4MP sensor with large 2.0μm pixels, both new phones receive new rear cameras. The Mi 5s looks to improve low-light performance by using a larger format Sony IMX378 Exmor RS sensor that features 1.55µm pixels; however, image resolution drops to 12MP, the same as Samsung’s Galaxy S7 and Apple’s iPhone 7. The Mi 5s Plus has the more interesting camera setup, employing dual 13MP sensors. Similar to Huawei’s P9 and Honor 8, the Mi 5s Plus uses one sensor for capturing color images and the other sensor for capturing black and white images. The black and white camera lacks an RGB Bayer filter, allowing it to capture more light than a color camera. By combining the output of both sensors, the Mi 5s Plus can theoretically capture brighter images with higher contrast and less noise. The P9 and Honor 8 also use the second camera for measuring depth, aiding camera focusing and allowing the user to adjust bokeh effects after the image is captured, but it’s not clear if the Mi 5s Plus also has these capabilities. 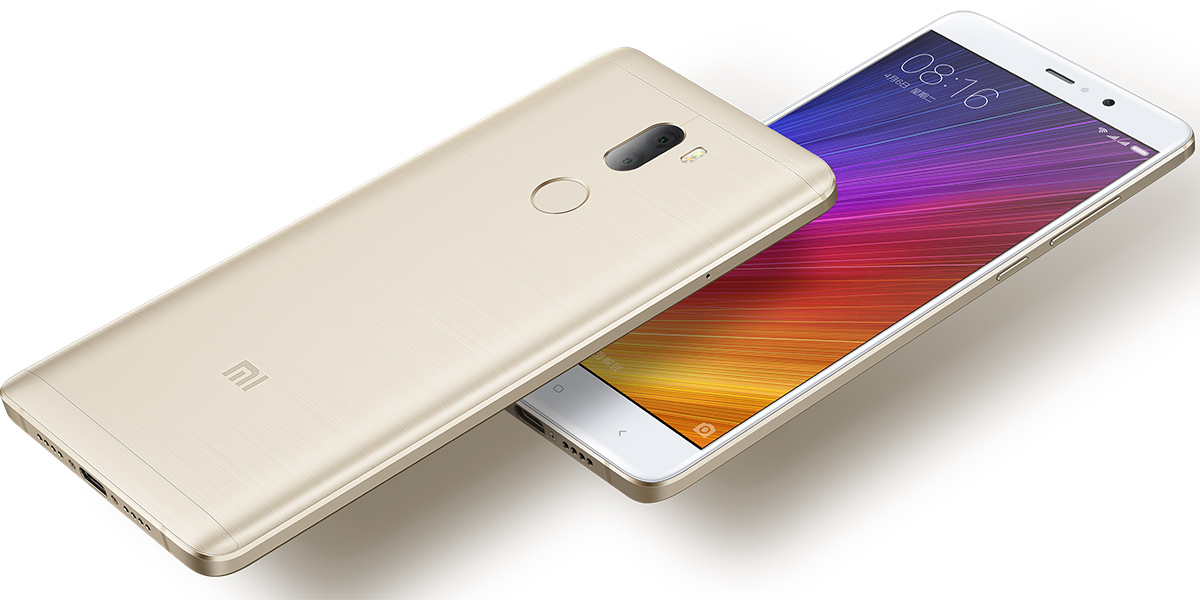 The other big change is a completely new chassis made entirely from brushed aluminum. The back edges are still curved, but there’s no longer any glass or ceramic on the back like the Mi 5 and Mi 5 Pro, respectively. The change to aluminum means the Mi 5s now includes plastic antenna lines on the top and bottom of the back panel. The Mi 5s Plus goes a different route by using plastic inserts at the top and bottom that try to blend in by mimicking the color and texture of the surrounding aluminum.

The Mi 5s Plus includes a circular, capacitive fingerprint sensor on the back that’s slightly recessed, making it easier to locate. The Mi 5s goes the less conventional route with an ultrasonic fingerprint sensor that sits below the edge-to-edge cover glass on the front. Both phones use capacitive buttons rather than onscreen navigation controls and 2.5D cover glass that blends into a chamfered edge on the aluminum frame.

Both phones come in four different colors—silver, gray, gold, and pink—and will be available for sale in China starting September 29.