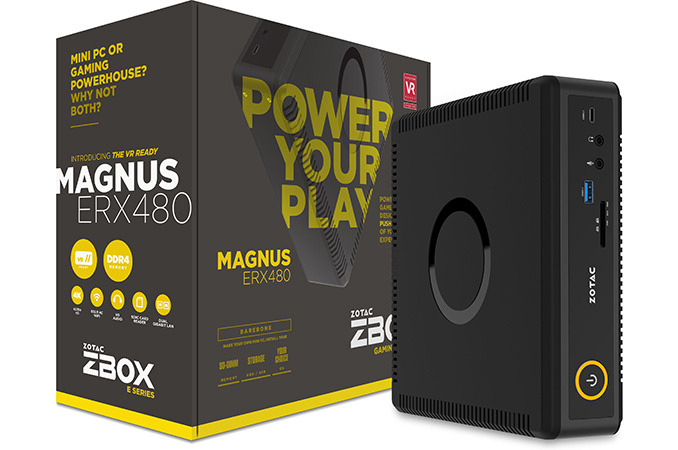 ZOTAC has introduced a new small form-factor system that integrates AMD’s Radeon RX 480 graphics as well as an Intel quad-core Core i5-6400T. The compact PC is designed to drive up to four 4K displays at once and can be used both for gaming as well as for productivity applications that demand multiple monitors. In fact, the manufacturer officially positions the system as an entry-level machine for VR gaming. 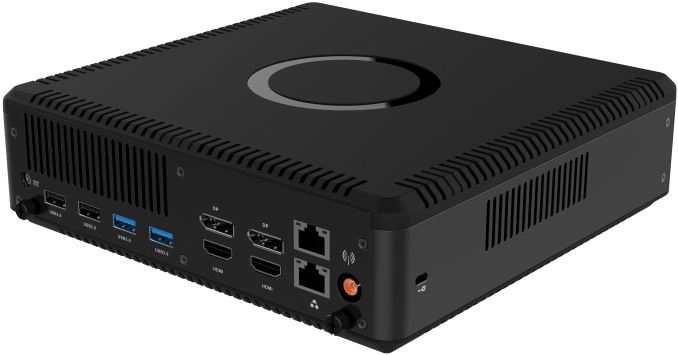 From performance point of view, the ZBOX MAGNUS ERX480 meets the minimum requirements that Oculus VR set for games compatible with the Oculus Rift VR headset back in the first half of 2015: it has a quad-core CPU along with AMD’s Radeon RX 480 GPU, supports up to 32 GB of DDR4 memory and can be equipped with 2 drives (1x M.2 and 1x 2.5"). If game developers follow recommendations of Oculus VR, the MAGNUS ERX480 should run VR titles for Oculus VR with decent framerate.

Speaking of dimensions, it should be noted that like other MAGNUS-series PCs, the ERX480 is not as tiny as Intel’s NUC, but it is not as large as some other models in Zotac's lineup. The relatively small size of the new compact PC from ZOTAC is a result of the company’s decision to use relatively low-power components (the manufacturer claims that the power draw of the ERX480 is 160 W) and air-cooling. We do not know whether the PC gets noisy under high loads, but this is a possibility as the system uses two blowers.

ZOTAC traditionally plans to offer three versions of the MAGNUS ERX480: a barebones with just the CPU and GPU installed; a Plus version with a 8 GB DDR4 memory module, a 120 GB SATA M.2 SSD as well as 1 TB HDD; and a Windows edition with DRAM, storage and Windows 10 Home operating system pre-installed. The manufacturer does not disclose its MSRPs at this time, but claims that all the PCs will be available by the end of November.