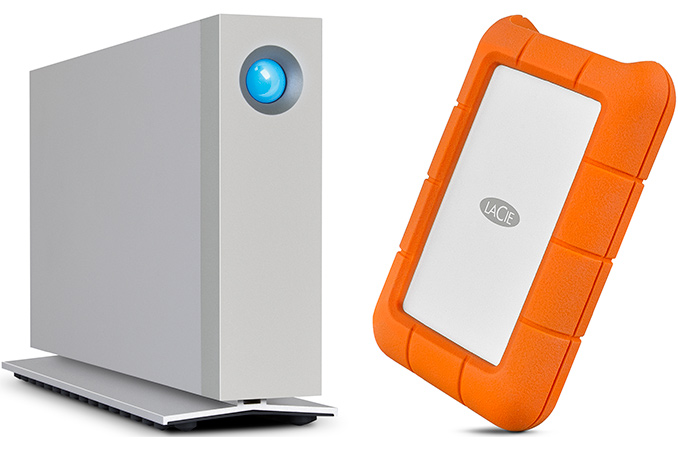 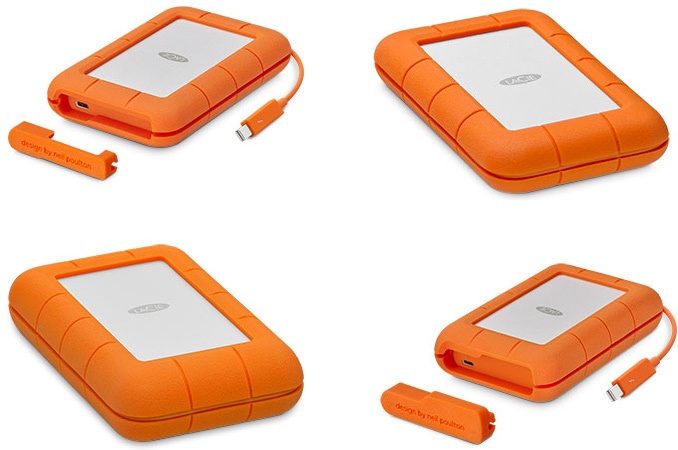 The new LaCie Rugged Thunderbolt USB-C drives will be available this quarter starting at $249.99.

The LaCie d2: Up to 10 TB Capacity, TB3 Compatibility 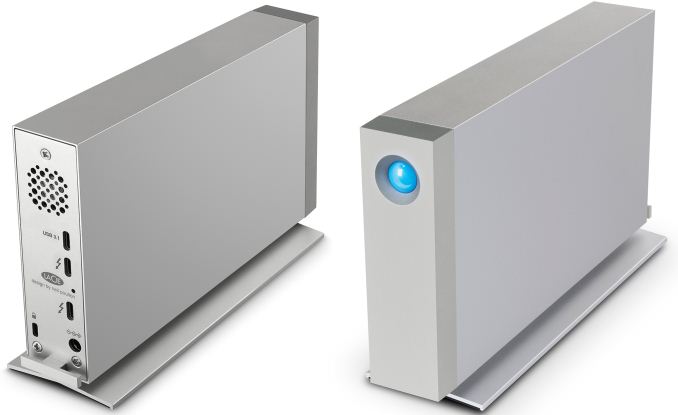 The LaCie d2 are a bit less flexible storage devices compared to their rugged brethren when it comes to compatibility (they do not feature older Thunderbolt connectors), but they offer higher capacities and higher performance compared to HDD-based versions of the Rugged Thunderbolt USB-C.

The LaCie d2 drives pack Seagate’s BarraCuda 3.5” HDDs with 6, 8 and 10 TB capacities (so, the top-of-the-range model is helium-filled), come with a Thunderbolt 3 interface only and are compatible with systems featuring TB3, USB 3.1/3.0 Type-C and USB 3.0 Type-A ports (with an appropriate adapter). The LaCie d2 feature two TB3 headers and can be daisy-chained with other TB3-supporting devices. When it comes to performance, the high-end model offers up to 240 MB/s data rate, the more affordable devices will be a little slower.

Since the d2 drives use premium BarraCuda HDDs, they are backed by a five-year warranty. As for the pricing, it starts at $429.99 for a 6 TB model.