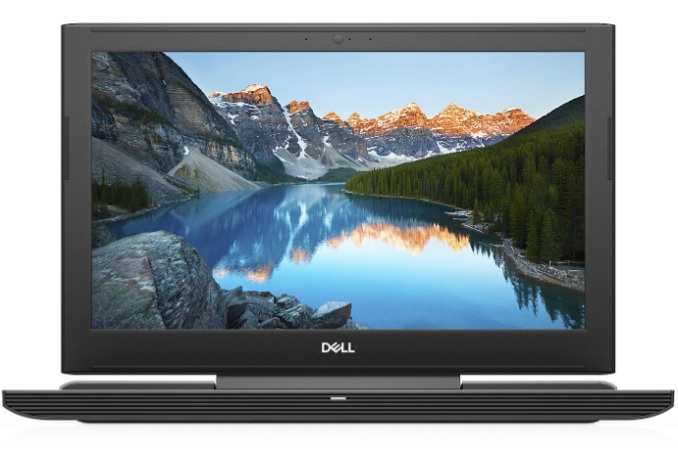 This morning at IFA, Dell is taking the wraps off of their updated Inspiron 15 7000 Gaming notebook. The entry-level gaming laptop is receiving a bump in specifications as well as a mid-generation facelift.

The original model, the 7567, was first presented at CES and proved to be a capable gaming laptop for full HD gaming, said to have an above average battery life and came in with aggressive pricing. Meanwhile the model Dell is introducing today, the late-2017 model 7577, is receiving several updates, including a faster graphics card option in the NVIDIA GeForce GTX 1060 6GB, a quick-charge 56 Whr 4-Cell battery, 2x2 802.11ac WiFi, an IPS display in the base configuration, and a Thunderbolt 3 port (USB3.1 Gen2 Type-C port with support for Thunderbolt and DisplayPort). Dell also updated the chassis a bit. The most apparent physical change is the restyled, black, front and rear vents giving the laptop a more high-end aesthetic than the red grills used before. 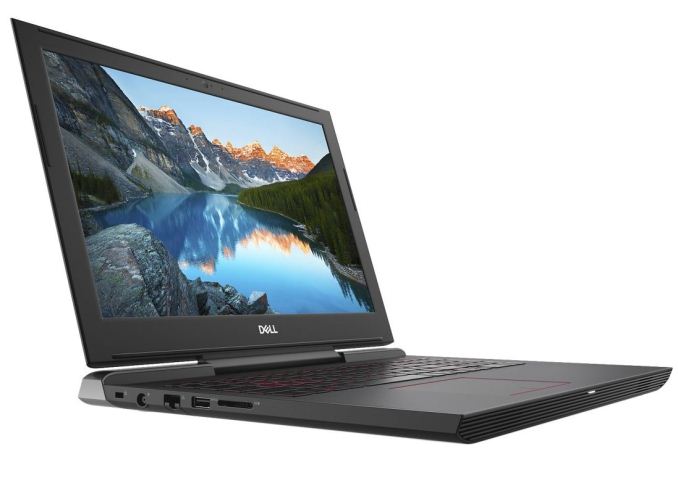 The GTX 1060 is going to be a welcome addition to the family considering it is supposed to be a gaming laptop. The 1050Ti is a capable card at 1080p, but the GTX 1060 (60W, 10W more than the 1050Ti) will allow for higher framerates and/or higher settings in many titles. The extra performance it provides breathes a bit more life into the mainstream gamer. Though even with the faster GPU, the fact that Dell still offers an optional 4K IPS display on what's pitched as a gaming notebook is a little odd; the GTX 1060 just doesn’t have enough horsepower to drive that many pixels at high quality settings in many titles.

Surprisingly, Dell has moved to a 56 WHr, 4-Cell quick-charge battery in lieu of the 74WHr 6-Cell battery on the previous version. Given that internal volume and battery capacities are closely linked, it's not obvious at this second what Dell has installed in place of the additional battery cells. In any case, the company says that the battery lasts up to 7 hours and 3 minutes when equipped with the high-end configuration (i7, GTX 1060, 16GB Memory, UHD screen, SSD + HDD – tested using Mobile Mark 14 battery life). On the other hand, this is a gaming laptop and is generally plugged in using AC Power. The quick-charge battery will go from 0% to 80% charge in 60 minutes. 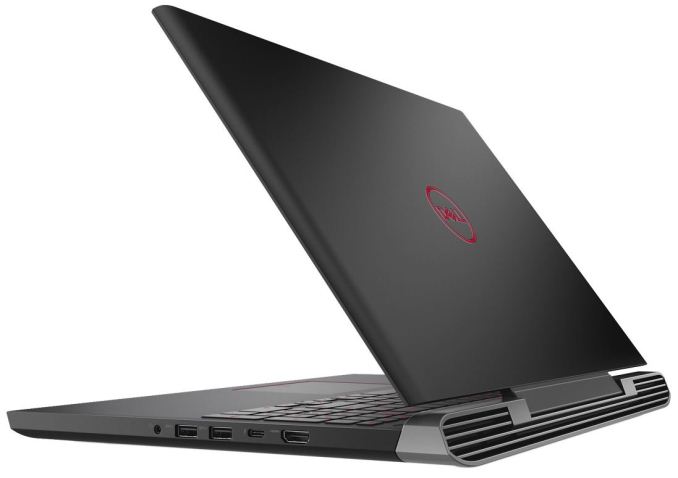 Another change to the Inspiron 15 7000 Gaming laptop is the inclusion of multiple radio antennas in the chassis in order to support 2x2 stream WiFi, increasing the laptop's WiFi speed and range versus the 1x1 solution used in the previous model. Dell also added Thunderbolt 3 connectivity via USB3.1 Gen2 Type-C port. It can support a 5K external display, dual 4K externals displays, or other high-bandwidth Thunderbolt peripherals (external GPU perhaps?). 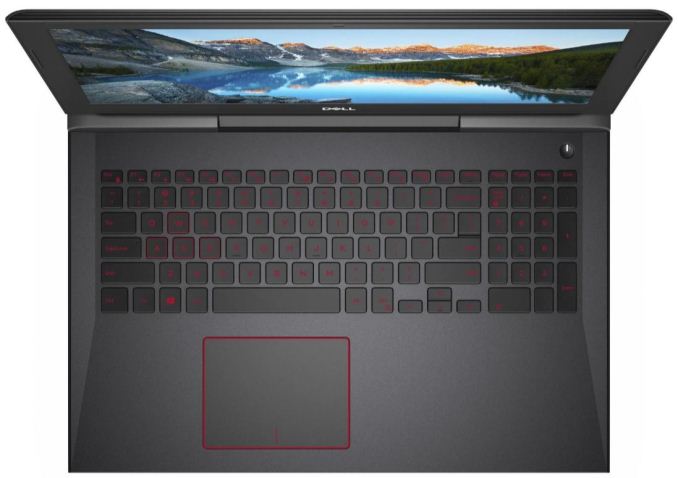 Most everything else remains the same from the 7567 version. Drive configurations are anything from a single 1TB HDD to 512GB PCIe SSD. Mixed configurations of HDD and SSDs are also an option. System RAM capacity remains the same with options from 4-16GB 2400MHz DDR4; Up to 32GB. Connectivity outside of the Thunderbolt/USB Type-C port also is unchanged with an HDMI2.0 port, 3x USB3.1 Type-A (one with PowerShare), a Noble lock slot, 2-in-1 SD card reader, Gigabit Ethernet, and a 3.5mm headphone/mic port. Even the LED-backlit keyboard has been carried over. Complete Specifications are found in the table below (major changes in bold).

Dell tells us that the new model will be available in the US on September 12th, with prices starting at $999.