Enhance is an OEM who does not get concerned with power quality when the figures are good enough and these two units are no exception. The voltage ripple figures are mediocre, with the 3.3V/5V voltage lines flirting with the 50 mV recommended design limit.

The 12V lines hold better, with the ST1000-PT and the ST1200-PT reaching up to 56 mV and 50 mV at maximum load respectively, which is half of the 120 mV recommended design limit but still considerably higher than what the competition nowadays offers. Voltage regulation is good and similar for both units, at about 1% for the 3.3V/5V lines and 1.6% for the 12V line across the nominal load range. 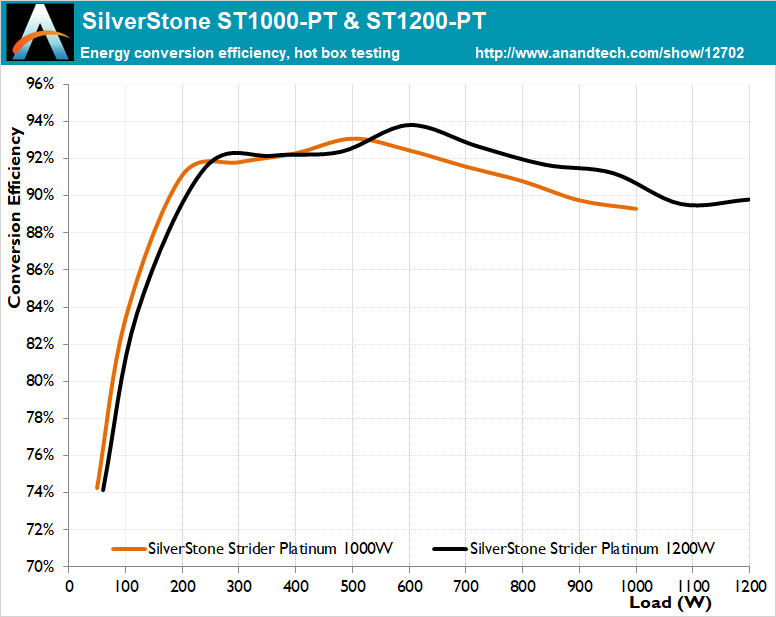 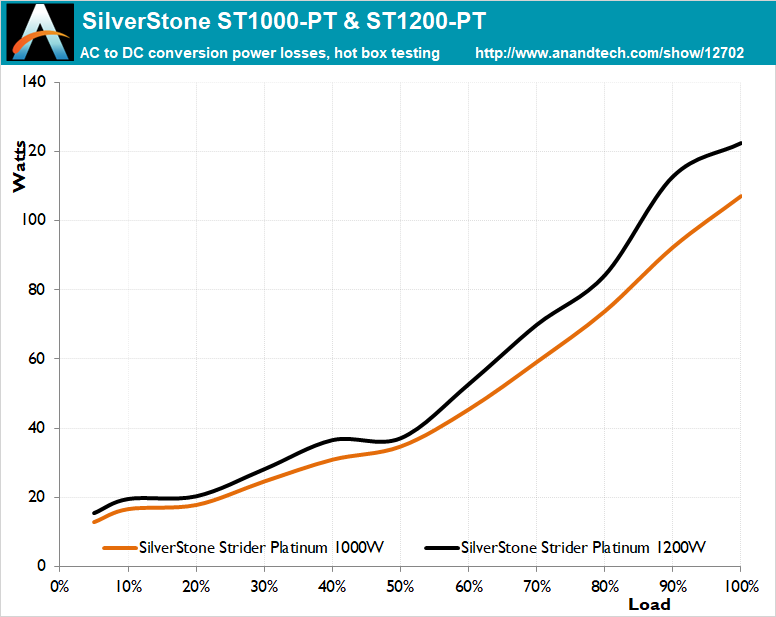 High ambient temperatures have a small but measurable effect on the energy conversion efficiency of the Strider Platinum units. The average conversion efficiency of the two units drops by about 0.6%, to 91.4% and 91.6% for the ST1000-PT and the ST1200-PT respectively, which is very good considering the very large difference in ambient temperature. This hints that the components that the manufacturer is using are capable of maintaining high performance at higher temperatures and/or significantly oversized for their tasks. 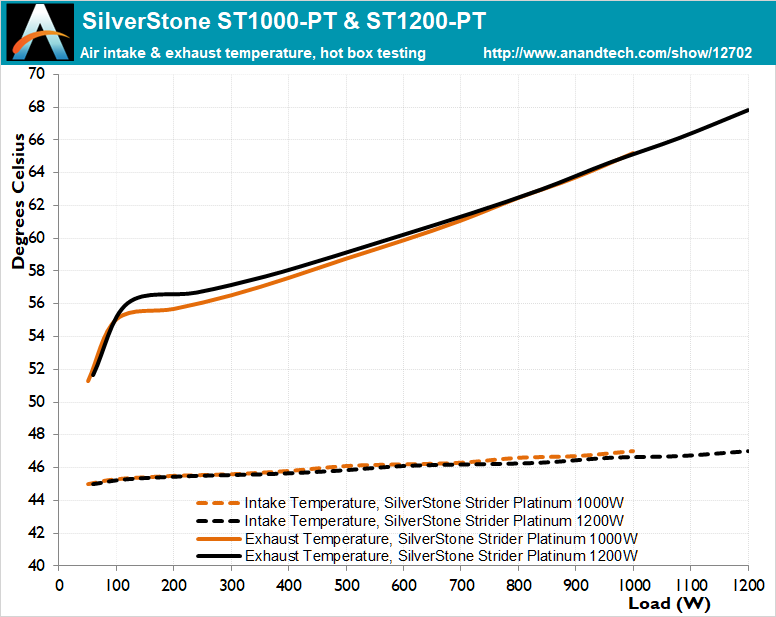 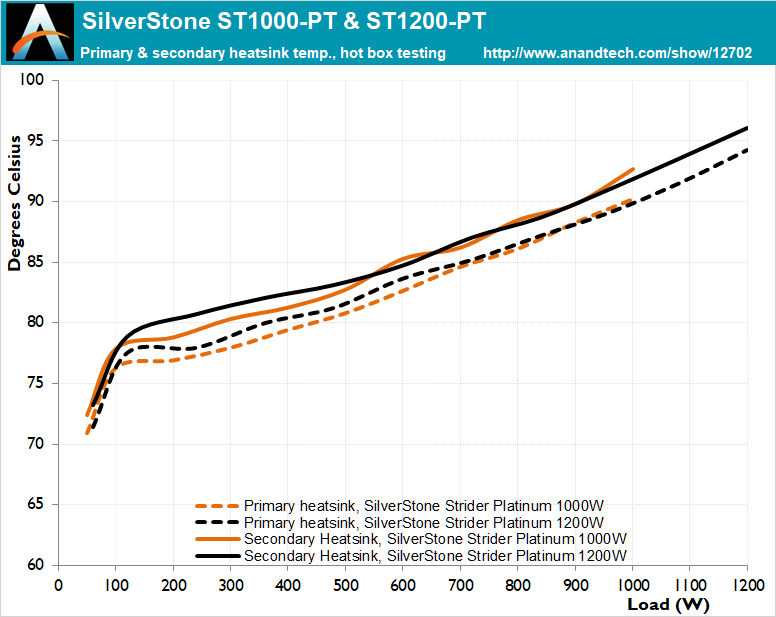 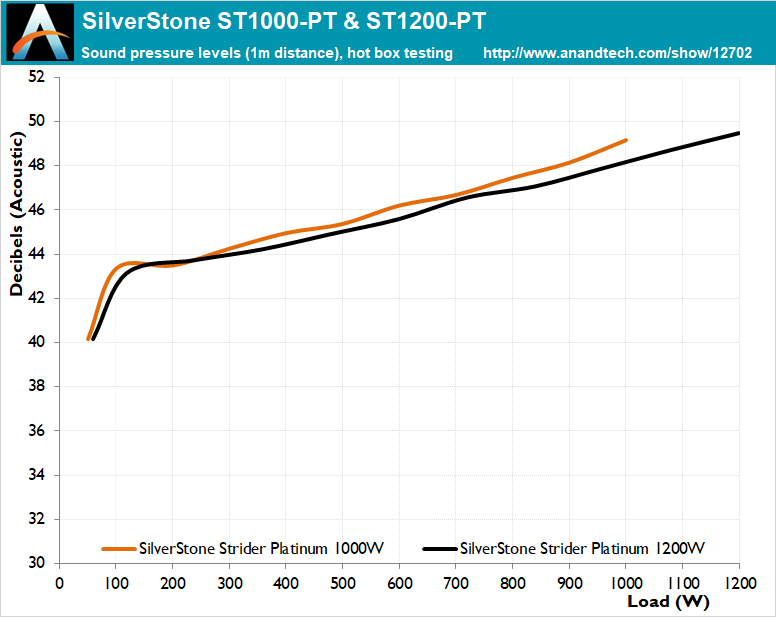