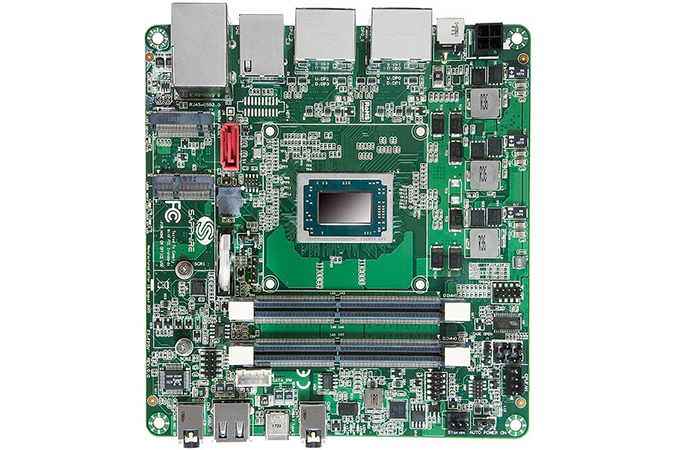 Sapphire has announced one of the world’s first platforms based on AMD’s Ryzen Embedded V1000-series APUs. The motherboard is aimed at various embedded applications that can take advantage of AMD’s latest Zen and Vega architectures and their capabilities. The FS-FP5V also happens to be the industry’s first Mini-STX motherboards to feature AMD’s processor.

The Sapphire FP5V is based on AMD’s Ryzen Embedded V1000 APU featuring two or four cores with SMT clocked at 2 – 3.35 GHz base frequency, AMD’s Radeon Vega 3/8/11 iGPU, a dual-channel memory controller, and so on. Depending on requirements for performance and price, the Ryzen Embedded SoCs can feature a 12 – 25 or a 35 – 54 W TDP. AMD introduced its Ryzen Embedded chips earlier this year and will continue to sell them throughout 2028, giving adopters plenty of time to build and sell their products.

The key features of Sapphire’s FP5V are of course up to four high-performance Ryzen CPU cores, AMD’s Radeon Vega iGPU with up to 704 stream processors as well as rich connectivity capabilities (e.g., four display outputs). The list of embedded applications that may require such embedded SoCs. include various gaming machines, digital signage, thin clients, medical imaging, and so on. 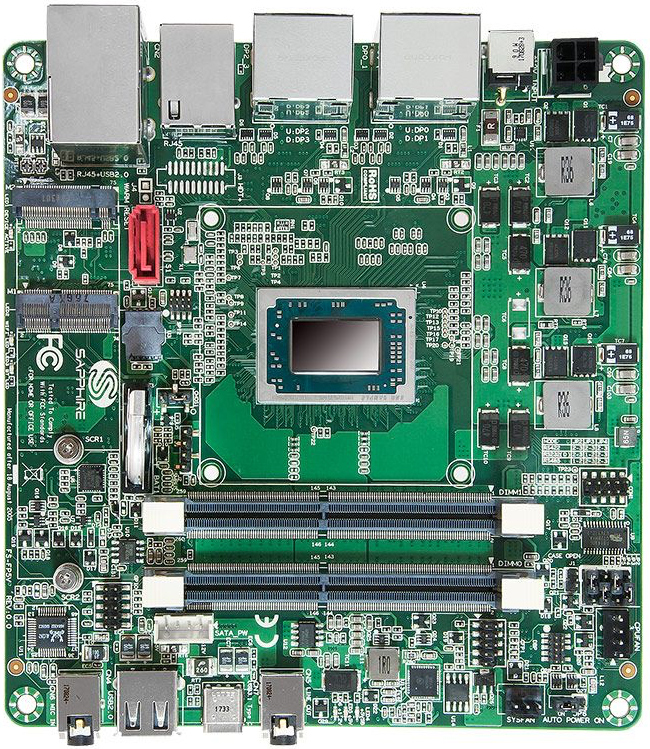 Sapphire’s FP5V is available for order from the company’s web site. Pricing depends on exact configurations as well as volumes.