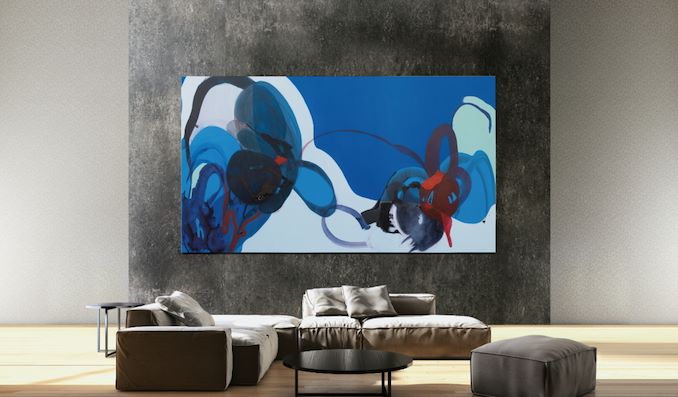 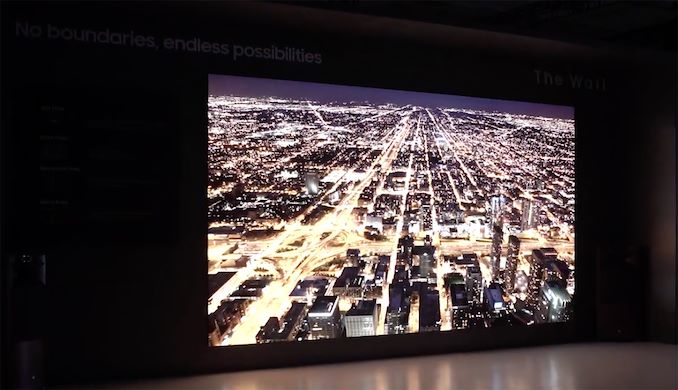 The new 219-inch “The Wall” TV features an unknown resolution that is higher than 4K as well as 2,000 nits brightness. The television runs an unknown Samsung processor (presumably a version of the company’s Quantum Processor 8K that powers QLED-based Q900-series 8K UHDTVs) that supports the manufacturer’s AI upscaling tech along with other premium capabilities. Just like the Q900, “The Wall” can blend with surroundings to match style of the interior, a feature that Samsung is especially proud of. The TV can be controlled using a special tablet. 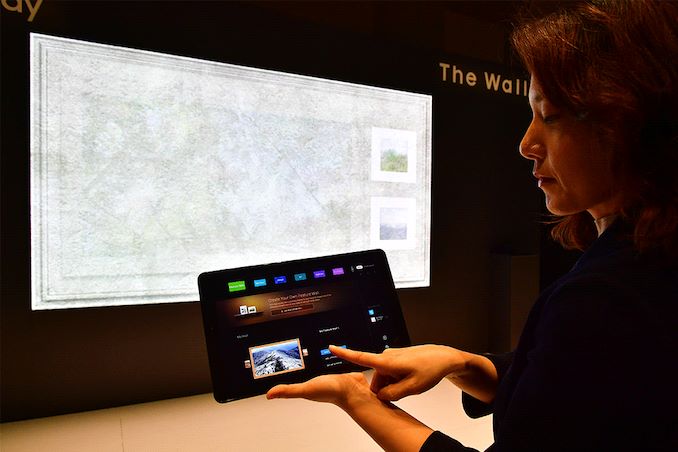 Meanwhile, the company’s prototype 75-inch Ultra-HD TV called “The Window” features a 4K resolution as well as a peak brightness of 1,000 nits. When “The Window” hits the market, its peak brightness will be increased to 4,000 nits, which is in-line with the Q900-series. 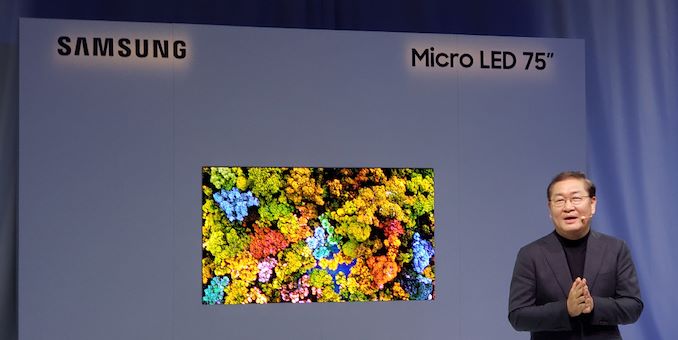 As the name implies, televisions based on the Micro LED technology use tens of millions of individually-controlled tiny LEDs (25M in case of “The Window”) that do not require any backlighting, which is why they can offer a very high contrast ratio. Samsung hopes that its Micro LED technology will be free of issues that OLEDs are known for (including off-axis color shifting, ghosting, burn-in, etc.), but will retain all of their advantages (brightness, contrast, fast response time, wide viewing angles, etc). As an added bonus, Micro LED screens do not need any bezels and can be made incredibly thin.

Samsung demonstrated its first 146-inch “The Wall” TV featuring 1,600 nits brightness at last year’s CES and released in mid-2018. The price of the device is unknown and it is believed that it is available to select customers only.