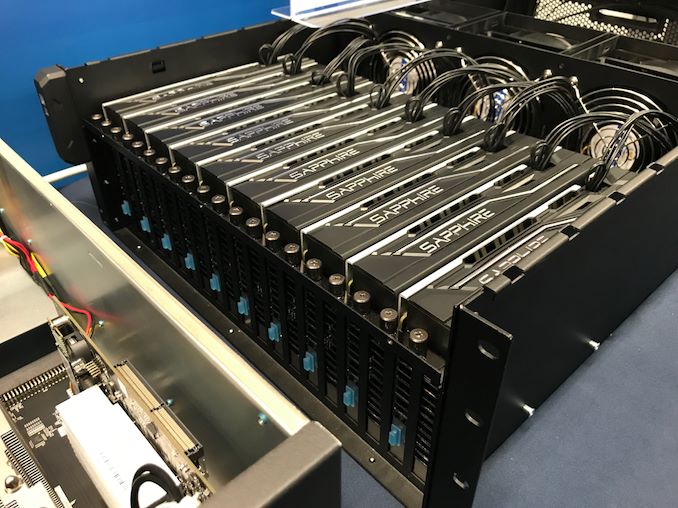 Cryptocurrency mining boom may be over, but there are many applications that can take advantage of GPU compute horsepower besides mining. Sapphire has demonstrated its upcoming GPU compute system featuring 10 graphics cards at Computex.

Based on AMD’s EPYC 3000-series embedded processor, the 10-way GPU compute machine has 10 PCIe 3.0 x8 slots connected to the CPU via five PCIe switches from ASMedia. The system is outfitted with six 2.5-inch bays for storage devices, two 10 GbE LAN ports with SFP+ connectors, six USB ports, two COM connectors, a TPM header, and so on (check the exact specs on the image below). The server can be powered using up to four PSUs (3+1 redundant), but the static demo only had two 1200 W PSUs. 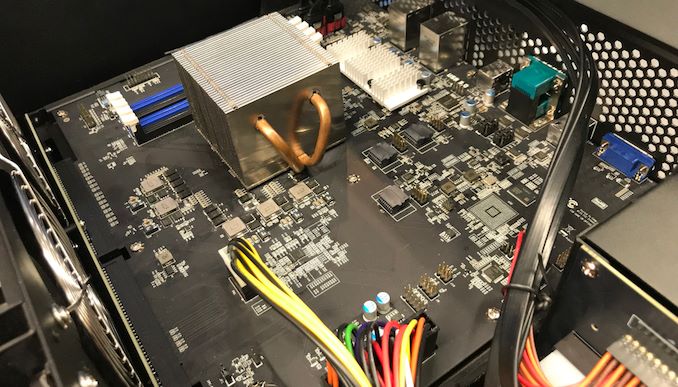 Sapphire demonstrated its 10-way GPU compute system with 10 Radeon RX 470 graphics cards, but it can naturally install almost any boards inside provided that they feature an appropriate cooling system and design. 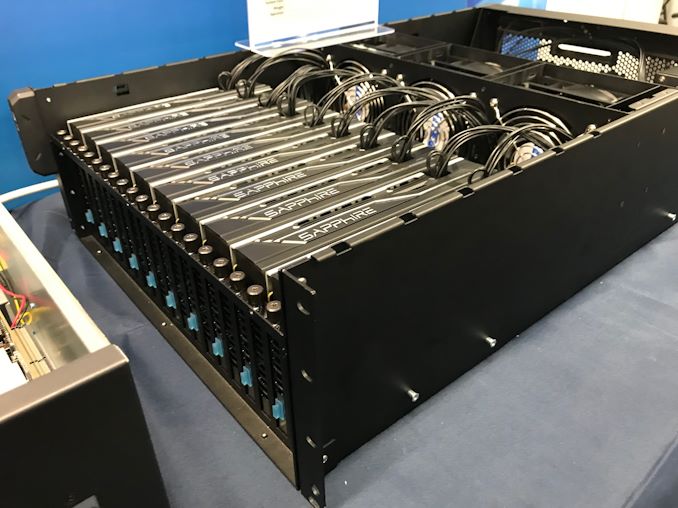 Sapphire still has not decided when the 10-way GPU compute system is set to be available and how much it is set to cost, so we will not speculate. 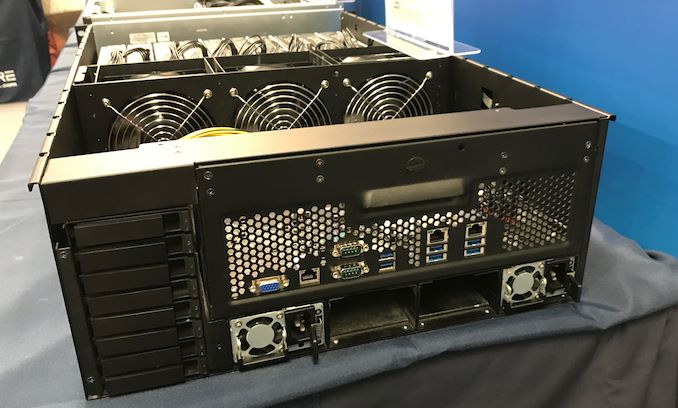 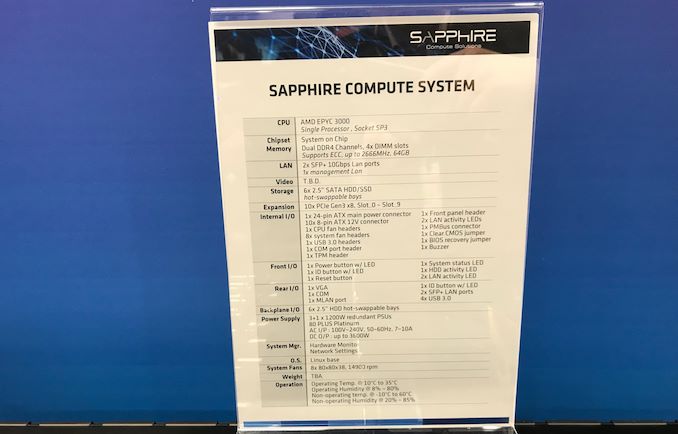