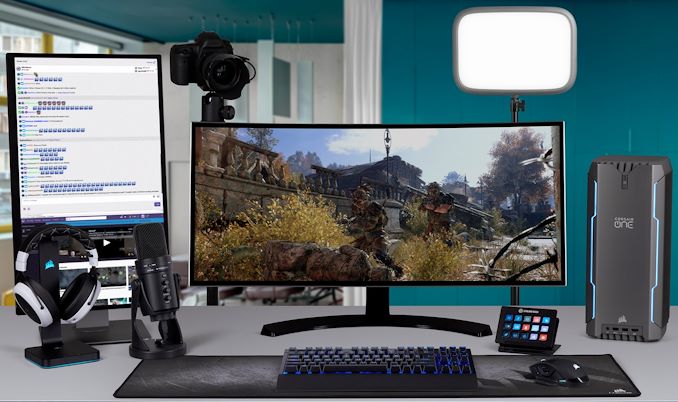 The Corsair One Pro i200 high-end desktop comes in the same 12-liter grey chassis with two RGB stripes as the Corsair One Pro i180. The new system continues to use ASRock’s X299E-ITX/ac motherboard, which now houses the 14-core Core i9-10940X processor (Cascade Lake) as well as the GeForce RTX 2080 Ti. The CPU and the GPU are cooled down using individual closed-loop liquid cooling systems, dissipating a total of ~400 W of thermal power.

Being based on standard PC parts, the system is fully upgradeable, including the CPU, GPU, and other parts. That said, the i200 lives up to the 'compact' name, so maneuvering room as well as overall TDPs need to be taken into consideration before any significant alterations. 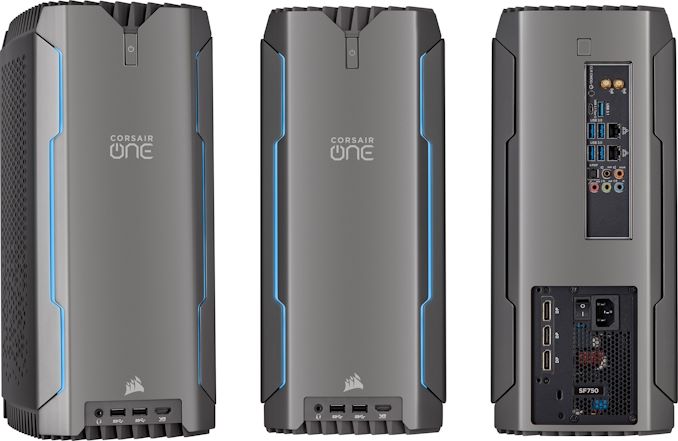