As we've come to expect during AMD's Financial Analyst Day (FAD), we usually get small announcements about big things coming in the future. This includes updated product roadmaps for different segments such as desktop, server, graphics, and mobile. In AMD's latest notebook roadmap stretching out to 2024, AMD has unveiled that its mobile Zen 4 core (Phoenix Point) will be available sometime in 2023 and Zen 5 for mobile on an unspecified node which is expected to land sometime by the end of 2024.

The updated AMD Notebook roadmap through to 2024 highlights two already available mobile processors, the Zen 3-based Ryzen 5000 series with Vega integrated graphics and the latest Ryzen 6000 based on Zen 3+ and with the newest RDNA 2 mobile graphics capabilities. But there's more that is due to be announced starting in 2023.

From The Rembrandt, Rises a Phoenix: Zen 4 Mobile AKA Phoenix Point

What's new and upcoming on the updated AMD mobile roadmap is the successor to Rembrandt (Ryzen 6000), which AMD has codenamed Phoenix Point. AMD Phoenix Point will be based on AMD's upcoming Zen 4 core architecture and will be built using TSMC's 4 nm process node. According to the roadmap, AMD's Zen 4 Phoenix Point mobile processors will use Artificial Intelligence Engine (AIE) and AMD's upcoming and next-generation RDNA 3 integrated graphics.

Also on the AMD notebook roadmap is the announcement of its Zen 5-based platform on an unspecified manufacturing process, codenamed Strix Point. While details on Strix Point are minimal, AMD does state that Strix Point will use AMD's unreleased RDNA 3+ graphics technology, which will likely be a refreshed and perhaps more performance per watt efficient RDNA 3 variation. 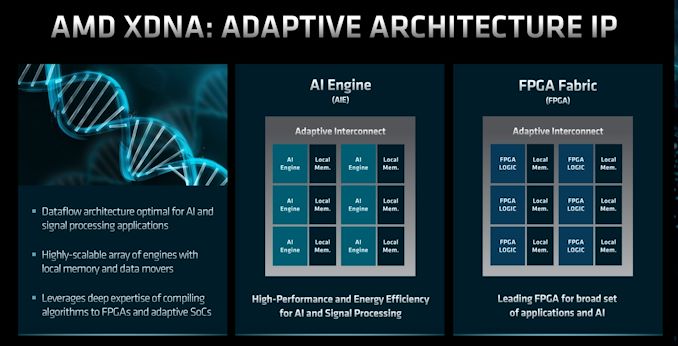 Also listed within the slide of the roadmap with Phoenix Point and Strix Point is an Artificial Intelligence Engine (AIE), which is more commonly found in mobile phones. The AI Engine or AIE will allow AMD to spec its products based on tiling with an adaptive interconnect. Still, it hasn't unveiled much more about how it intends to incorporate AIE into its notebook portfolio. We know that it is part of AMD's XDNA Adaptive Architecture IP, which comes from its acquisition of Xilinx.

We will likely learn more about AMD's Phoenix Point based on Zen 4 in the coming future, as a release date sometime in 2023 is expected. As for Strix Point, which will be using its unannounced Zen 5 microarchitecture, we're likely to hear more about this next year sometime.