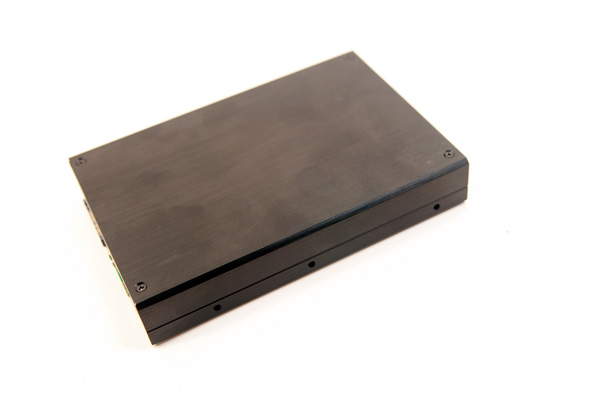 OCZ sent us the basic IBIS kit. Every IBIS drive will come with a free 1-port PCIe card. Drive capacities range from 100GB all the way up to 960GB:

Internally the IBIS is a pretty neat design. There are two PCBs, each with two SF-1200 controllers and associated NAND. They plug into a backplane with a RAID controller and a chip that muxes the four PCIe lanes that branch off the controller into the HSDL signal. It's all custom OCZ PCB-work, pretty impressive. 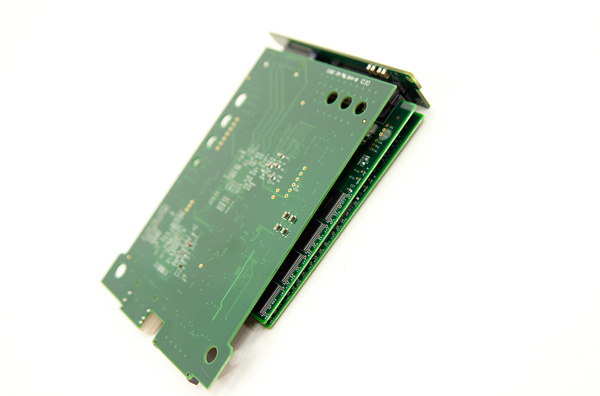 This is the sandwich of PCBs inside the IBIS chassis 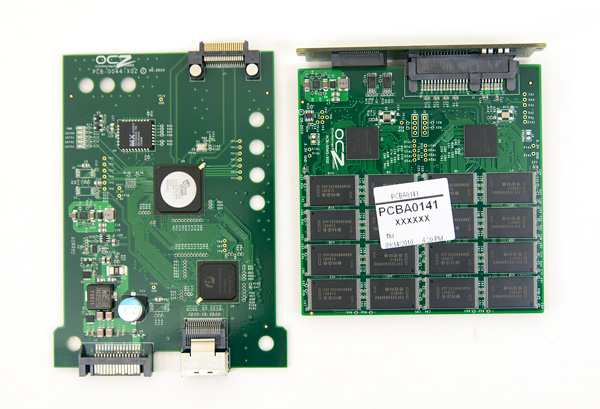 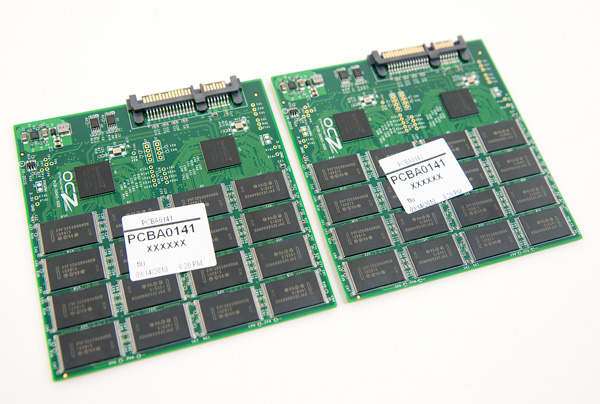 Four SF-1200 controllers in parallel, this thing is fast

There’s a standard SATA power connector and an internal mini-SAS connector. The pinout of the connector is proprietary however, plugging it into a SAS card won’t work. OCZ chose the SAS connector to make part sourcing easier and keep launch costs to a minimum (designing a new connector doesn’t make things any easier). 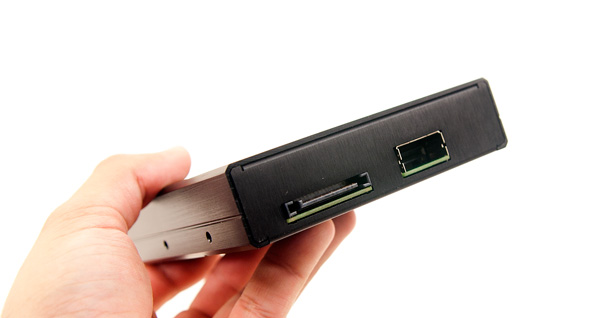 The IBIS bundle includes a HSDL cable, which is a high quality standard SAS cable. Apparently OCZ found signal problems with cheaper SAS cables. OCZ has validated HSDL cables at up to half a meter, which it believes should be enough for most applications today. There obviously may be some confusion caused by OCZ using the SAS connector for HSDL but I suspect if the standard ever catches on OCZ could easily switch to a proprietary connector. 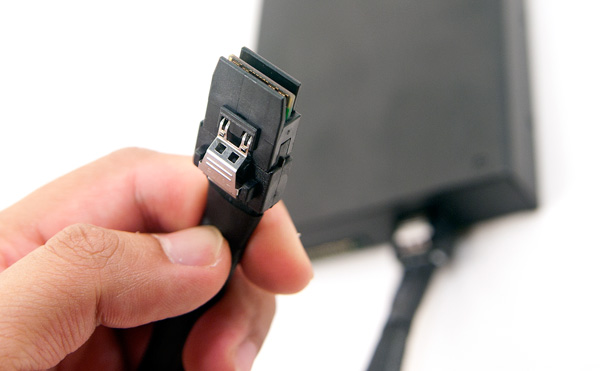 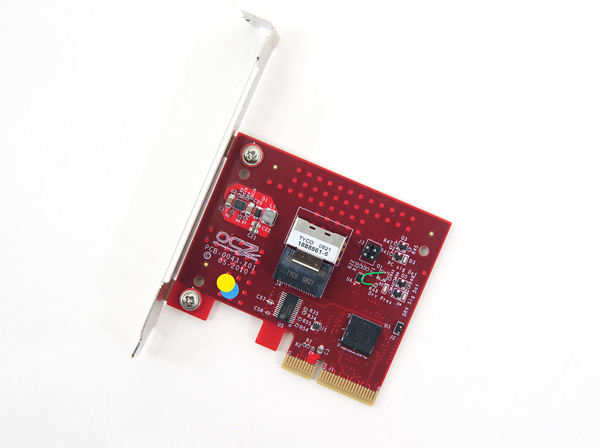