While I was covering MWC a real issue with OCZ's SSDs erupted back home: OCZ aggressively moved to high density 25nm IMFT NAND and as a result was shipping product under the Vertex 2 name that was significantly slower than it used to be. Storage Review did a great job jumping on the issue right away.

Let's look at what caused the issue first.

When IMFT announced the move to 25nm it mentioned a doubling in NAND capacity per die. At 25nm you could now fit 64Gbit of MLC NAND (8GB) on a single die, twice what you could get at 34nm. With twice the density in the same die area, costs could come down considerably.

Remember NAND manufacturing is no different than microprocessor manufacturing. Cost savings aren't realized on day one because yields are usually higher on the older process. Newer wafers are usually more expensive as well. So although you get ~2x density improvement going to 25nm, your yields are lower and wafers are more expensive than they were at 34nm. Even Intel was only able to get a maximum of $110 decrease in price when going from the X25-M G2 to the SSD 320.

OCZ was eager to shift to 25nm. Last year SandForce was the first company to demonstrate 25nm Intel NAND on an SSD at IDF, clearly the controller support was there. As soon as it had the opportunity to, OCZ began migrating the Vertex 2 to 25nm NAND.

SSDs are a lot like GPUs, they are very wide, parallel beasts. While a GPU has a huge array of parallel cores, SSDs are made up of arrays of NAND die working in parallel. Most controllers have 8 channels they can use to talk to NAND devices in parallel, but each channel can often have multiple NAND die active at once. 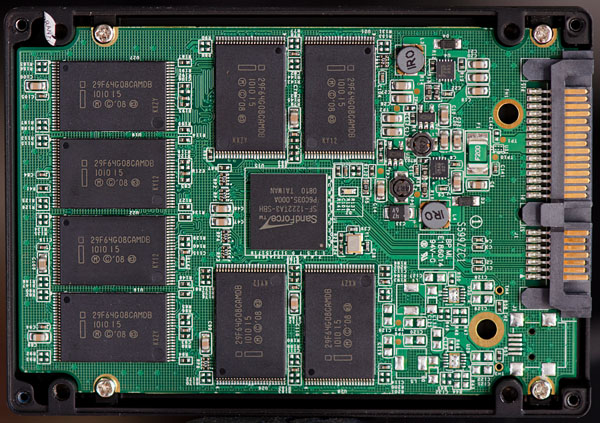 Double the NAND density per die and you can guess what happened next - performance went down considerably at certain capacity points. The most impacted were the smaller capacity drives, e.g. the 60GB Vertex 2. Remember the SF-1200 is only an 8-channel controller so it only needs eight devices to technically be fully populated. However within a single NAND device, multiple die can be active concurrently and in the first 25nm 60GB Vertex 2s there was only one die per NAND package. The end result was significantly reduced performance in some cases, however OCZ failed to change the speed ratings on the drives themselves.

The matter is complicated by the way SandForce's NAND redundancy works. The SF-1000 series controllers have a feature called RAISE that allows your drive to keep working even if a single NAND die fails. The controller accomplishes this redundancy by writing parity data across all NAND devices in the SSD. Should one die fail, the lost data is reconstructed from the remaining data + parity and mapped to a new location in NAND. As a result, total drive capacity is reduced by the size of a single NAND die. With twice the density per NAND die in these early 25nm drives, usable capacity was also reduced when OCZ made the switch with Vertex 2.

The end result was that you could buy a 60GB Vertex 2 with lower performance and less available space without even knowing it. 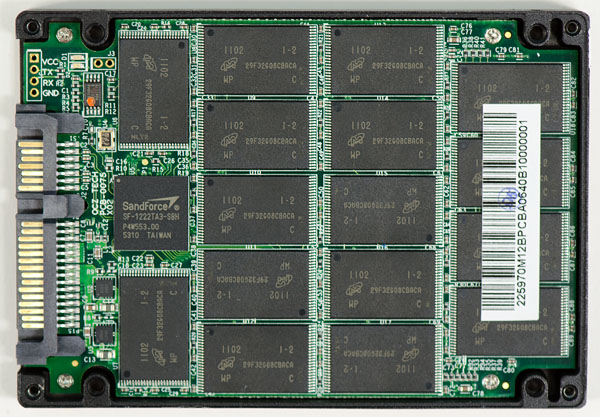 After a dose of public retribution OCZ agreed to allow end users to swap 25nm Vertex 2s for 34nm drives, they would simply have to pay the difference in cost. OCZ realized that was yet another mistake and eventually allowed the swap for free (thankfully no one was ever charged), which is what should have been done from the start. OCZ went one step further and stopped using 64Gbit NAND in the 60GB Vertex 2, although drives still exist in the channel since no recall was issued.

OCZ ultimately took care of those users who were left with a drive that was slower (and had less capacity) than they thought they were getting. But the problem was far from over.