As always with Corsair products, packaging and box art are top notch. We’ll start with the lowest tier offering, the H60, and then move to the H80 and H100.

The H60's radiator is the same size of the previous generation H50. However, the H60 has a new, upgraded water block that allows for more efficient flow. It also has the adjustable 90 degree connectors we've seen on the H70 making installation easier. Corsair provides a single 120mm 1700RPM PWM fan. The inclusion of a PWM fan is a nice touch since most motherboards have the needed 4-pin connector and have BIOS settings for easy fan speed control. This means the cooler can be virtually silent when idle, but ramp up the RPMs (and therefore noise) as needed. As mentioned, the H60 only includes one fan, but you can add a second fan for a push/pull configuration. You'll just need to pick up an extra set of 6x32x1-1/4" screws.

The H80 takes over for the H70 with its thicker radiator design but shares the same new, upgraded water block as the H60. However, the H80 and the H100 have an all new push-button fan control that lets you select the fan speed and cooling performance setup that best suits your needs. The white LED display lets you know which profile is being used. The H80 can power and control up to two fans. Thankfully, like the H70 before it, the H80 already comes with two fans for a push/pull configuration. The included fans are 3-pin and spin at 2500RPM when the fan controller is set to its highest setting. We’ll provide more information on the fan speed profiles later.

The H100 is an all new double-wide design sporting a 240mm [or 2x120mm] radiator that has the same thickness as the H60. The water block and fan controller are the same that we've seen on the H80; however, the H100's fan controller can power and control up to four fans even though the unit only comes with two. This gives you the option of adding two more fans for push/pull on this bad boy. The two included fans are the same high speed 2500RPM fans that come with the H80.

The three speed push-button fan controller on the H80 and H100 is a great improvement over what Corsair offered previously with the H70. The H70 included two inline resistors for providing a second, lower fan speed. The new built-in fan control system on the H80 and H100 gives you three settings to choose from: low, medium, or high—or as Corsair calls it: low noise, balanced, and high performance. While some may complain you have to open your case to make changes, I think of it as more of a set it and forget it type thing. Corsair doesn't stop there though; each speed setting or profile actually has an RPM range for the fans to spin at. This means the fans will be quieter when idle and only reach their max rated RPM (and max noise) for that particular profile when the coolant inside reaches a certain temperature. Could this lead to the perfect balance of performance and noise? We'll hopefully find out with our tests in just a moment. 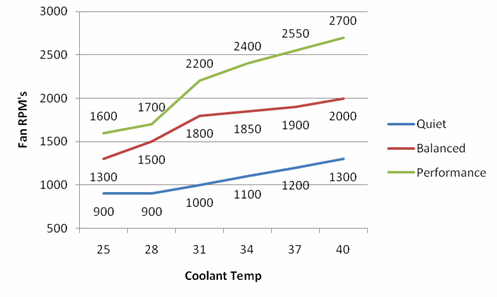 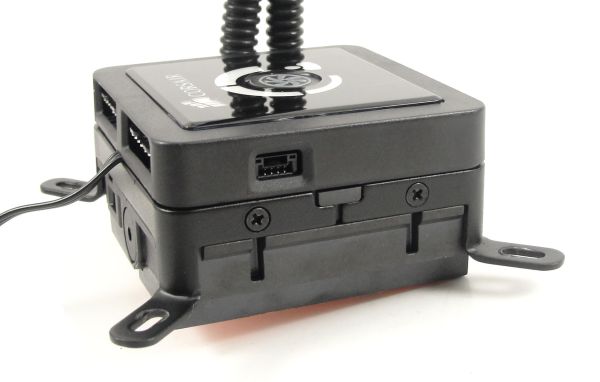 The H80 and H100 both support Corsair's Link Digital, which is their suite of hardware and software for monitoring various system parameters. It also allows you to customize your own performance profiles. We don't have one of the Corsair Link's on hand, so we will not be testing this feature. It's unfortunate that Corsair doesn't include the Link with the H80 or H100, but I'm guessing they opted to make it optional so the price wouldn't go through the roof.