We’ll start things in reverse today by first looking at the power, temperature, & noise characteristics of the 7970 BEDD. The custom cooler is the single biggest differentiating factor for the BEDD, followed by its factory overclock.

As we noted in our introduction, the BEDD ships at the same voltage as the reference 7970: 1.17v. Since XFX is using the AMD PCB too, the power characteristics are virtually identical, save for the overclock and the power draw of the two fans. 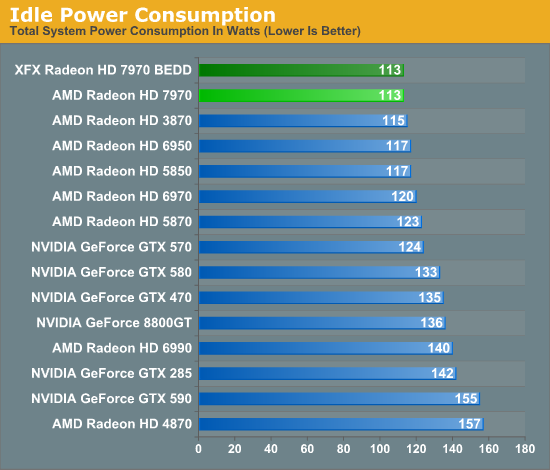 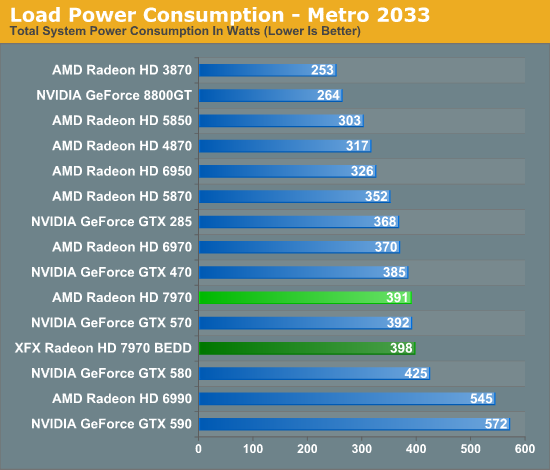 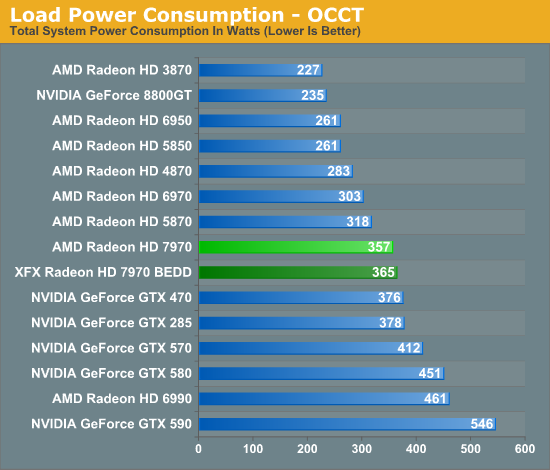 It’s worth noting that as XFX has not touched the PowerTune limits for the BEDD, it’s capped at the same 250W limit as the reference 7970 by default. So far we haven’t seen any proof that the BEDD is being throttled at this level under any of our games or compute benchmarks, however we can’t completely rule this out as we still don’t have any tools that can read the real clockspeed of the 7970 when PowerTune throttling is active. Whenever an overclock is involved there’s always a risk of hitting that PowerTune limit before a card can fully stretch its legs, hence the need to be concerned about PowerTune if it hasn’t already been adjusted. As for our power tests, the difference seems to largely boil down to the higher power consumption of XFX’s fans when they’re operating above idle. 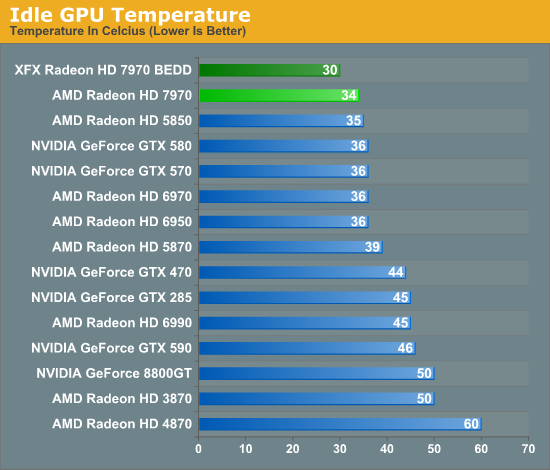 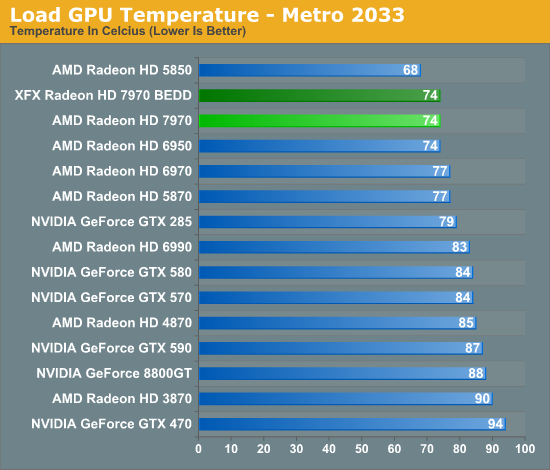 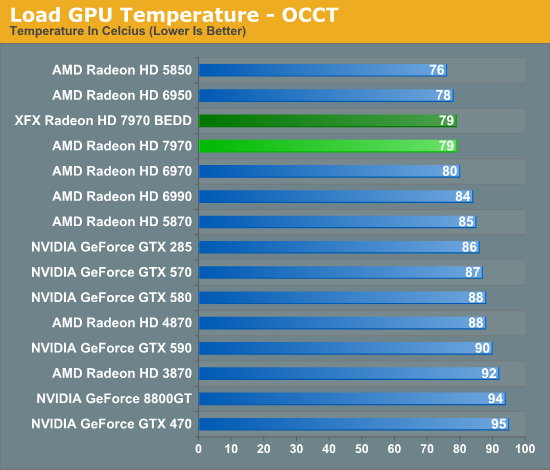 One of the key advantages of open air designs is that they do a better job of dissipating heat from the GPU, which is what we’re seeing here with the BEDD under idle. At 30C the BEDD is 4C cooler than the reference 7970, with all of that being a product of the Double Dissipation cooler. 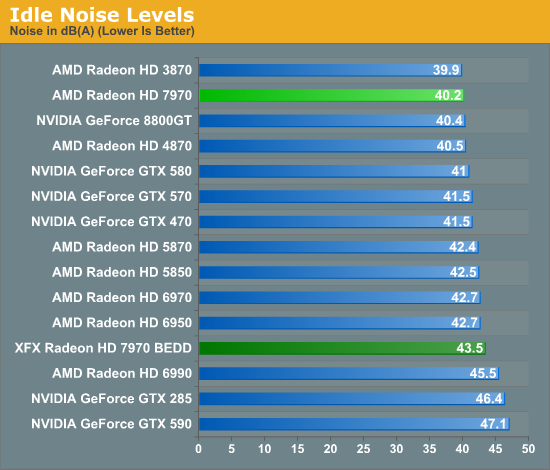 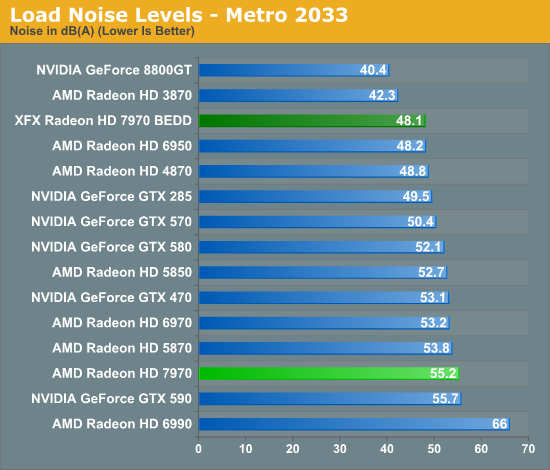 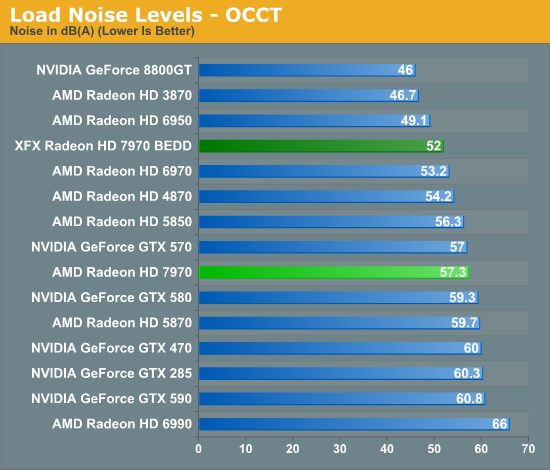 Finally taking a look at noise we can see the full impact of XFX’s replacement cooler. For XFX this is both good and bad. On the bad side, their Double Dissipation cooler can’t match the 7970 reference cooler when idling; 43.5dB isn’t particularly awful but it’s noticeable, particularly when compared to the reference 7970. Consequently the BEDD is definitely not a good candidate for a PC that needs to be near-silent at idle.

Ultimately where the BEDD was a poor candidate for noise under idle, it’s an excellent candidate for a quiet computer under load thanks to the open air nature of XFX’s Double Dissipation cooler, and certainly the launch card to get if you want a load-quiet 7970. Just don’t throw it directly up against another card in CrossFire, as these open air cards typically fare poorly without an open slot to work with.