Quad-core mobile Sandy Bridge, 2.5" SSDs and Thunderbolt together have allowed me to use a notebook as my primary work machine. I get all of the portability benefits of a notebook, but with almost none of the performance sacrifices. The only thing I'm really missing is a good, external discrete GPU solution but that's a problem being worked on either via Thunderbolt link aggregation or the second revision of the Thunderbolt spec.

Despite what it's done for me, Thunderbolt has to be one of the most strangely handled interface specs of recent history. Intel engineered the spec, but Apple helped with a lot of the connector and cable design and as a result received a year long exclusive on Thunderbolt. Since its introduction, Thunderbolt has received a reasonable amount of support on the Mac platform. Apple even builds a display designed exclusively for use with Thunderbolt equipped Macs. Companies like Promise, Seagate, Western Digital, LaCie and Elgato are all shipping Mac compatible Thunderbolt devices as well.

The complications extend even further when you realize that Apple's own products aren't certified for use under Windows. The Thunderbolt Display is only officially supported under OS X and I don't see Apple being incredibly motivated to work on Windows certification for it. Interfaces like USB are great because you can generally count on anything that physically fits in the port just working. With Thunderbolt on Windows we now have a situation where you can't assume the same. 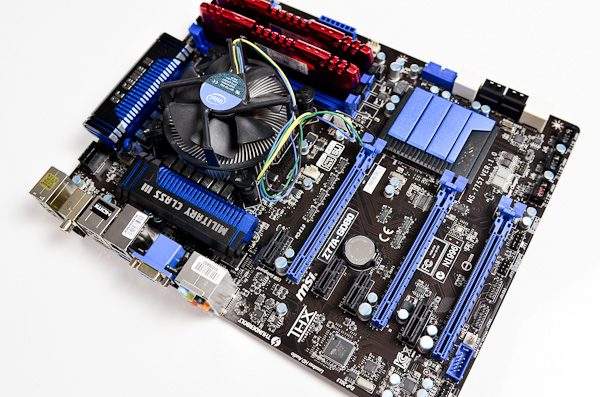 We got the first look at a Thunderbolt equipped PC motherboard with MSI's Z77A-GD80 a couple of weeks ago. The interface worked but was not without its quirks. To be totally fair however, the Thunderbolt experience under OS X isn't perfectly problem free either. It turns out that MSI sampled that motherboard prior to making it through the motherboard certification process. Since then, the motherboard has made it through cert and has an updated BIOS that should improve its behavior. 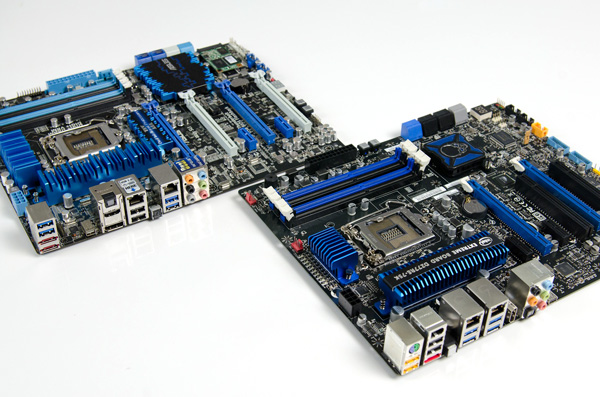 Both Intel and ASUS sent us their latest, fully certified, Thunderbolt equipped motherboards for another look at how the interface works under Windows. With motherboards available today, it's now time to take a complete look at what Thunderbolt is like outside of the Apple ecosystem.

ASUS sent its P8Z77-V Premium motherboard with Thunderbolt support, while Intel sent its DZ77RE-75K Thunderbolt board. Only the ASUS board is publicly available and is priced at $450. ASUS will have a more affordable SKU with integrated Thunderbolt available in the future: the P8Z77-V Pro/Thunderbolt, which should be priced below $300. Other ASUS boards will be upgradeable to support Thunderbolt via an on-board header + add-in card. 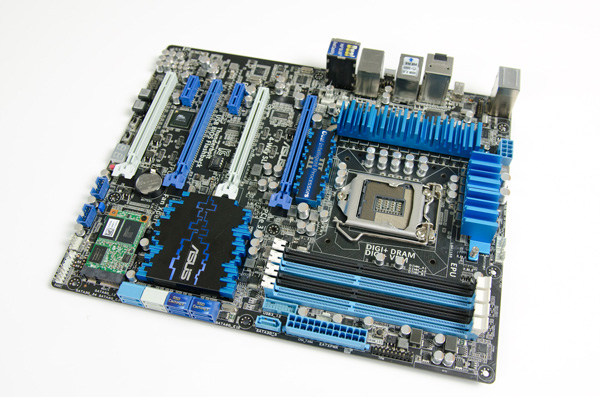 The Intel board starts at $262 and goes as high as $278 depending on the in-box configuration (both include WiFi/BT dongles, while the $278 version comes with front panel USB 3.0 support). 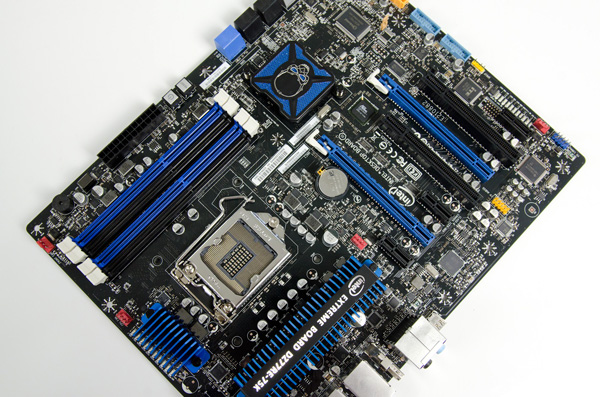 Both boards branch the Thunderbolt controller off of the Z77 PCH, borrowing four PCIe 2.0 x1 lanes. Given how full featured these motherboards are, PCIe switches are employed to allow the use of all the remaining PCIe devices connected to the PCH. 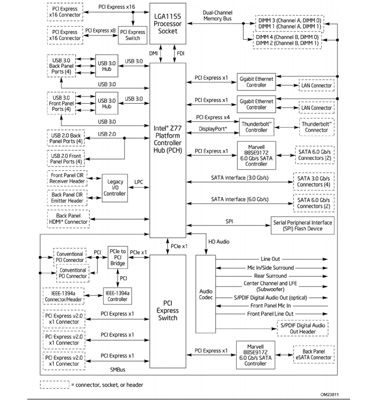 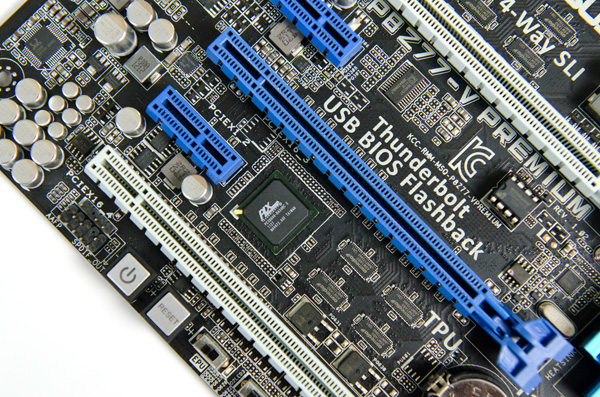 ASUS goes one step further and includes a PCIe 3.0 switch to enable quad-CF/SLI support despite the limited number (16) of PCIe lanes Intel's LGA-1155 CPUs provide. ASUS' board features all the bells and whistles including a 32GB Marvell based Liteon mSATA SSD: 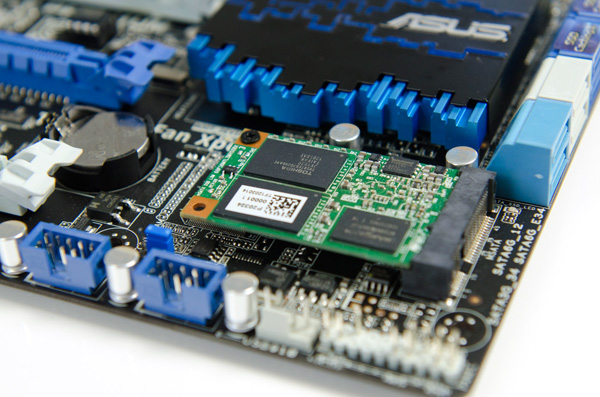 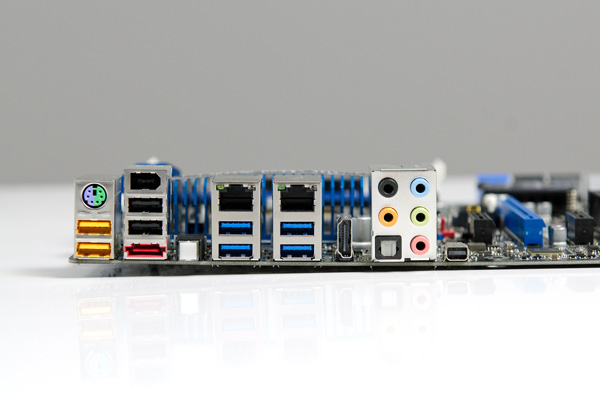 As Thunderbolt carries more bandwidth than USB 3.0, trace routing is very important to achieving max performance. You'll notice that on all Thunderbolt boards we've tested thus far, the Cactus Ridge controller and Thunderbolt port are very close to one another. The spec for max trace length between the Thunderbolt controller and port is two inches, compared to up to 10 inches for Intel's USB 3.0 controller. 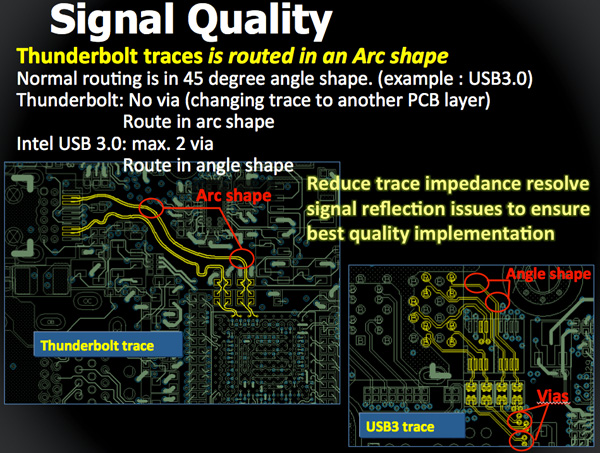 ASUS tells us that in order to reduce crosstalk it spaced Thunderbolt traces 1.5x wider than traces for USB 3.0 on its boards. Finally, all Thunderbolt traces are on the same PCB layer and don't feature any sharp angles in their route—only gradual arcs, which further improves performance. There's an impressive amount of engineering that has to go into bringing Thunderbolt support to a motherboard.

BIOS/UEFI support for Thunderbolt appears to be identical across all of the third party board makers. ASUS' Thunderbolt options look identical to MSI's for example: 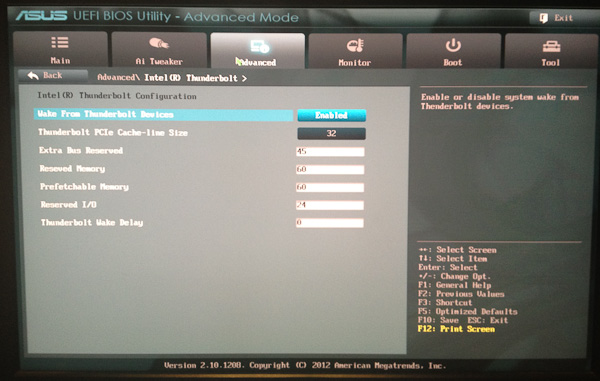 Interestingly enough, Intel doesn't actually expose any of the specific Thunderbolt settings. The Intel board just lets you enable/disable the interface itself: 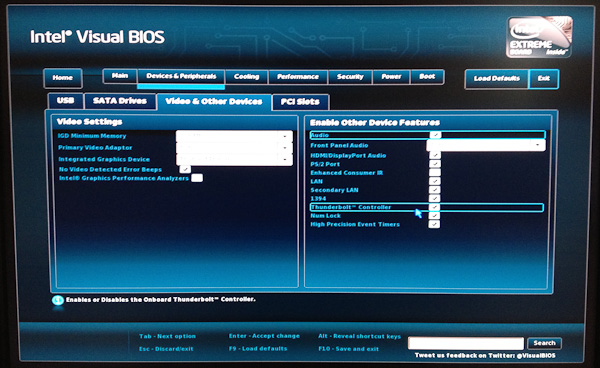