Sapphire Combines the R7 250X with a Vapor-X Cooler 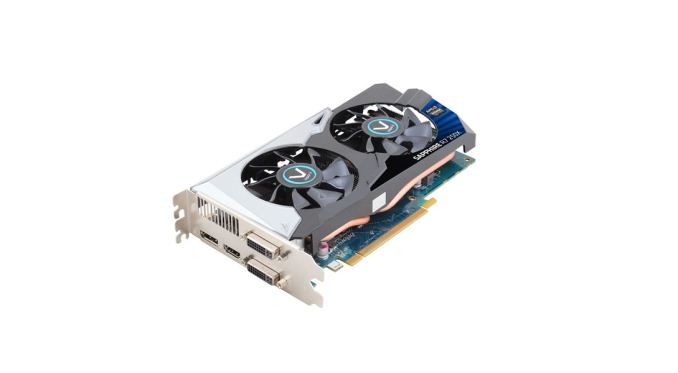 In order to differentiate yourself in the GPU market, a GPU vendor has to be creative and provide a feature that no-one else does.  On the high end cards, this is easier to perform, because a redesign of the power delivery, a better cooler, or a pre-overclocked GPU are often the tactics used.  When it gets down to the lower margin GPU parts, where the higher volumes are sold, it can be more difficult.  This is a segment where almost every cent counts.  Sometimes it pays to be the cheapest, and for various markets it is all about style or longevity.  To tackle this issue in the R7 250X space, Sapphire is releasing a model with their Vapor-X cooler. 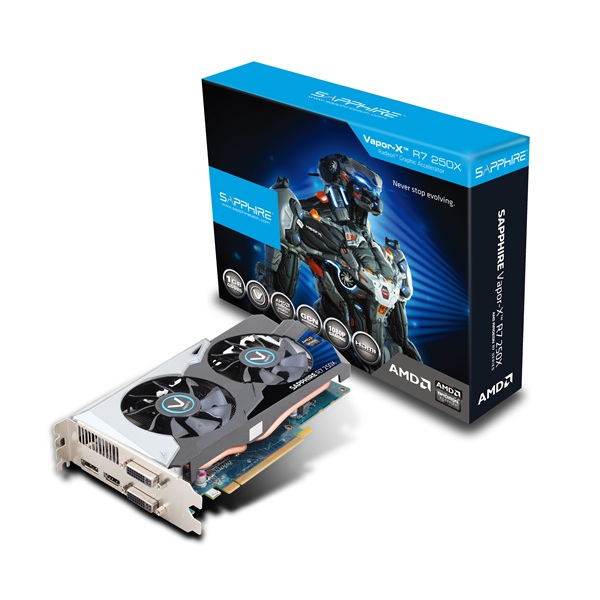 The Sapphire Vapor-X R7 250X 1GB DDR5 OC is a dual slot card, featuring a core clock of 1100 MHz and 1300 MHz on the memory (5.2 GB/s effective).  The card is understandably dual slot, giving HDMI, DisplayPort, DVI-D and DVI-I connectors on the rear.  The 640 SPs are powered by a single 6-pin PCIe connector, and the box with the GPU will contain a 4-pin molex to 6-pin PCIe cable as well as a DVI to VGA adapter.  The listing online also states that the full retail SKU will also contain a 1.8 meter HDMI 1.4a cable, suitable for 3D viewing. 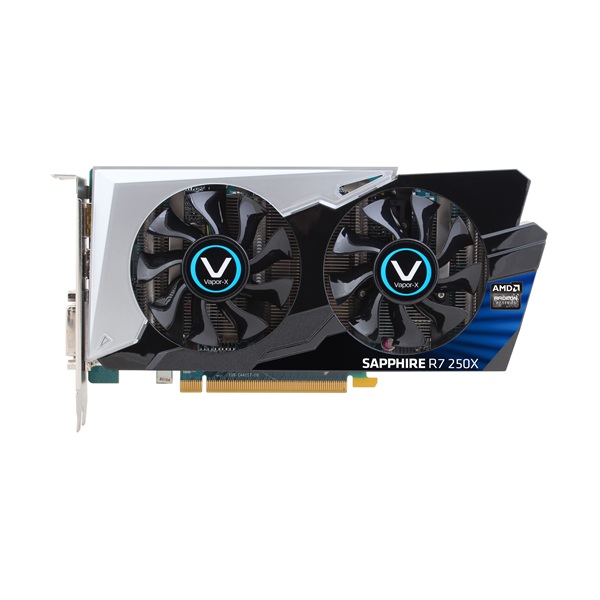 The Sapphire Vapor-X R7 250X 1GB DDR5 OC will be on sale shortly, although the MSRP has not been released.  The standard non-Vapor-X version of the GPU will also be available for $100, featuring slightly lower clocks (950 MHz core, 1125 MHz memory).