The OnePlus One Review

Within the past few years, smartphone displays have improved immensely. Color rendition, peak brightness, contrast, resolution, viewing angles, and power draw have all improved since the first modern smartphones that appeared in 2007. Of course, while it was once possible to judge relative quality in displays by subjective comparison, most smartphones no longer have TN displays or poor maximum brightness. In order to better test displays, we turn to SpectraCal’s CalMAN 5 with a custom workflow. 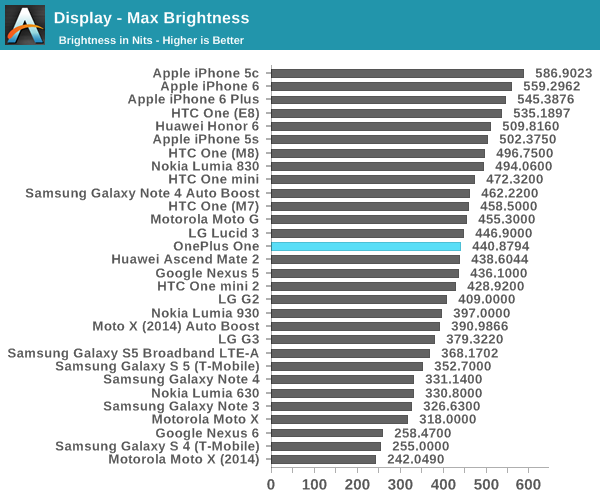 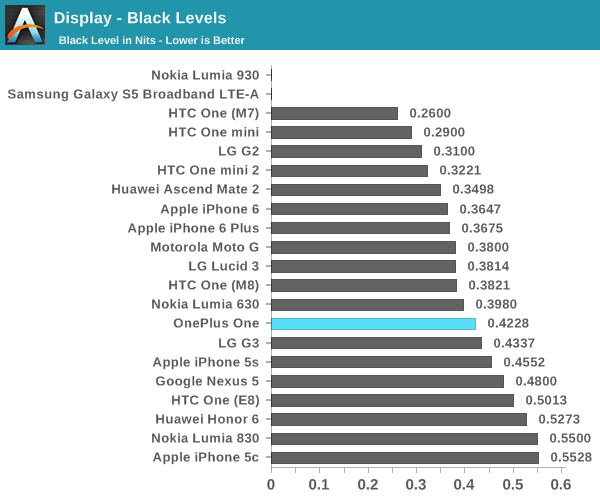 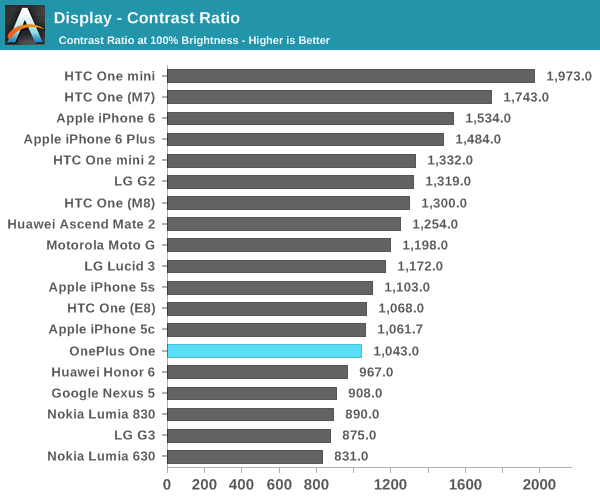 In the basics, we see that the OnePlus One has a reasonably bright display and acceptable display contrast, although there's room to improve in both. OnePlus has also done a good job of making sure that their display gets dim enough for night time reading, as minimum brightness is around 4.2 nits. Viewing angles are also great. While contrast with viewing angle changes isn't as good as AMOLED panels, I don't see any color shifting with viewing angle changes. This seems to remain an advantage of IPS panels for now. 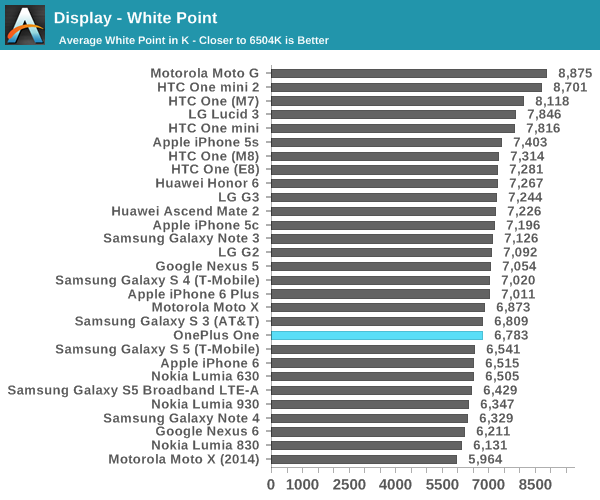 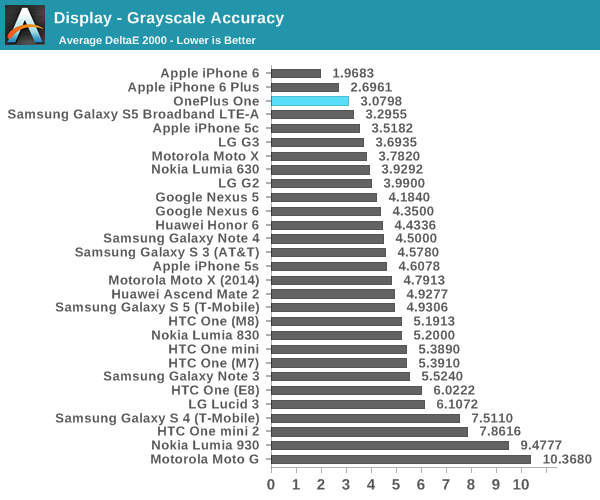 In grayscale, we see that the white balance is just a bit blue, but there really isn’t a big issue there. The OnePlus One sets a record for grayscale accuracy. I would like to see a bit better color balance at the higher scales, but it's really just nitpicking. Specifically, red needs to be bumped up to be in line with green and blue. It's understandable why this is done though, as the display's backlight will be the weakest in red in general. 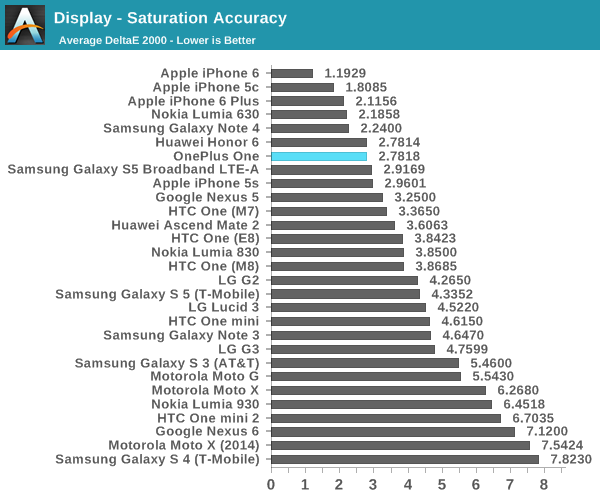 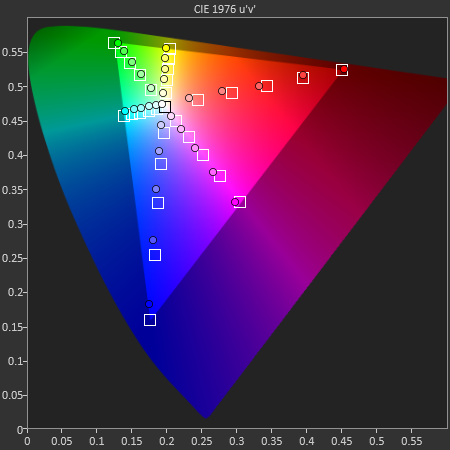 In the saturation sweep, OnePlus has done a great job to make sure that colors are as accurate as possible. The only issue here is that the red, magenta, and blue is a bit weaker than it should be. Some extra saturation would definitely tighten up the accuracy here in addition to making the display more appealing than it is now. However, the display is still incredibly well-calibrated, and will be more than accurate enough for general use. 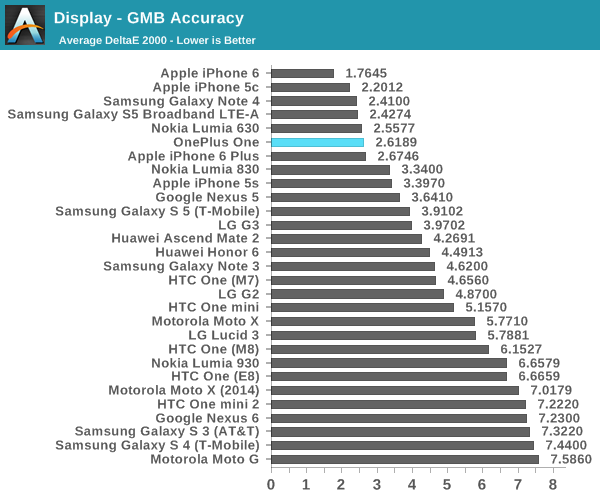 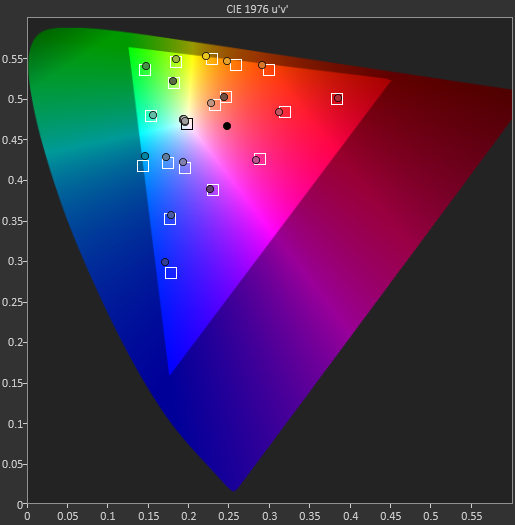 The strong showing in the saturation sweep helps carry the OnePlus One through to do well in the ColorChecker. For the most part, we see that much of the error comes from the issues previously discussed with grayscale. The display overall is great, and while it isn’t perfect, it’s really just nitpicking at this point. The OnePlus One manages to display colors more accurate than almost everything on the market. The only real issue I've noticed with this display is that there's a bit more IPS glow than I'd like when shifting viewing angles.