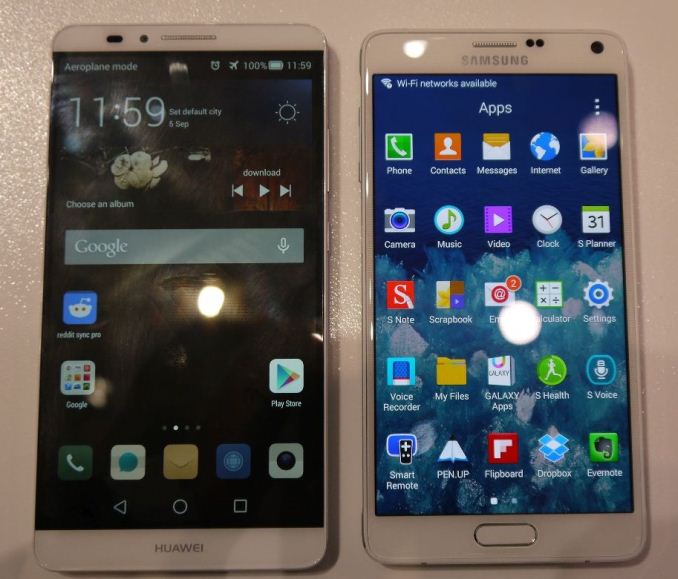 We already saw some pictures that Josh took during his briefing just a few days ago, but I still felt that maybe the Note 4 could use a closer look. Today I managed to talk to a representative at IFA to get some better close-up shots of the device.

The Note 4's new design is really striking. As Josh already mentioned in his hands-on, the improved feeling that Samsung managed to achieve with the new metal chassis is worlds apart from the plastic designs found in its predecessors. I was still skeptical until I got to hold it with my own hands: this is indeed a premium device. 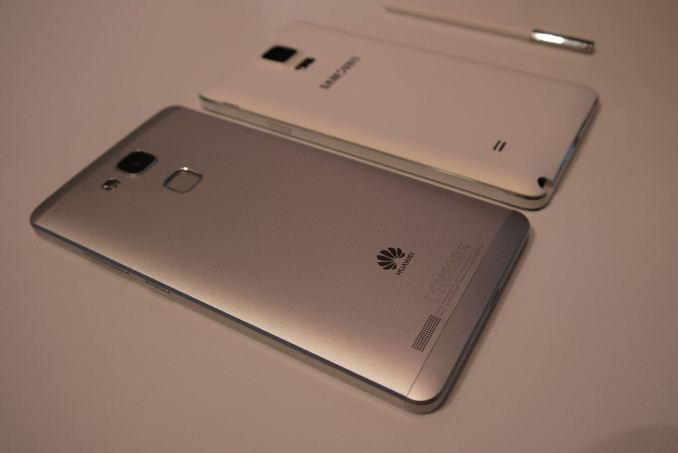 I also had the opportunity to compare it to the Ascend Mate 7. There's definitely a size difference here that is noticeable when you hold both devices. Because the Mate 7 is a tad wider than the Note 4, it isn't as easy to handle. I'd say Samsung made a very good choice in staying at 5.7" and not going larger. One aspect that was immediately visible was the difference in screen quality. The Note 4 was a lot brighter, and due to the large size of the screens, the difference in resolution between 1080p vs 1440p was quite noticeable to me.

The two devices are basically the same thickness, and you won't notice too much in that regard other than a change from feeling the grippy soft-touch plastic of Samsung pleather back to the smoother aluminium of the Mate 7.

One thing Josh told me he omitted was taking a picture of the Note 4 without the back cover. Here we see that Samsung changed the layout a bit, and no is longer employing their stacked SIM+microSD slot holder that is common in current Samsung devices, and instead separates them again as in older devices. 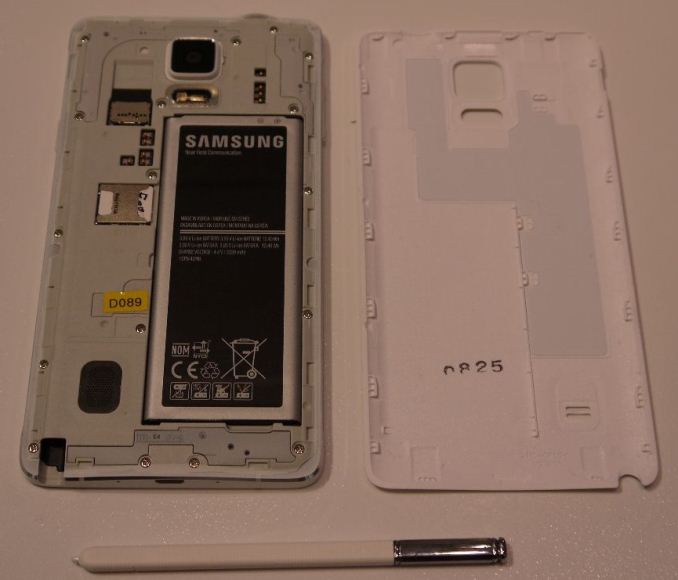 Some readers in the comments section were asking about how the new S-Pen handled. I tried to play around with it for a bit and noticed no problems with it, as it performed without issue. I couldn't try out the angle-sensitivity of the pen as the stock apps did not support it, and the Samsung representative did not know how to showcase it.

Interestingly, the model I handled was a N910F with a Snapdrgon 805. This could mean that we won't see any Exynos models in western LTE markets such as Europe yet again. This would mean that Snapdragon variants would be the most widely reviewed and distributed. We're still waiting on Samsung to officially relase any information regarding the Exynos 5433 SoC. We're also waiting on Samsung to release a break-down of models and their availabiliy per region.

Yesterday I was impressed by Huawei's new design and build-quality. Today I'm actually torn between it and the Note 4 and can say that the Samsung has stepped the quality of their design as well.

Samsung also had a lot of Galaxy Alphas on display in their hall. Since this was the first time I saw the phone in person, I wanted to share my thoughts on it too. The device provides a great alternative to people who dislike 5"+ phones, as it's very light and thin. I was concerned about the 720p PenTile screen, but it seems that this display employs one of the newer generation PenTile matrices and it was not as visible as I thought it would be. I didn't bother with taking too many pictures as it was a tethered device and there were no press kits available. The Galaxy Alpha is definitely a device to look foward to if that's the form-factor you desire in a phone. 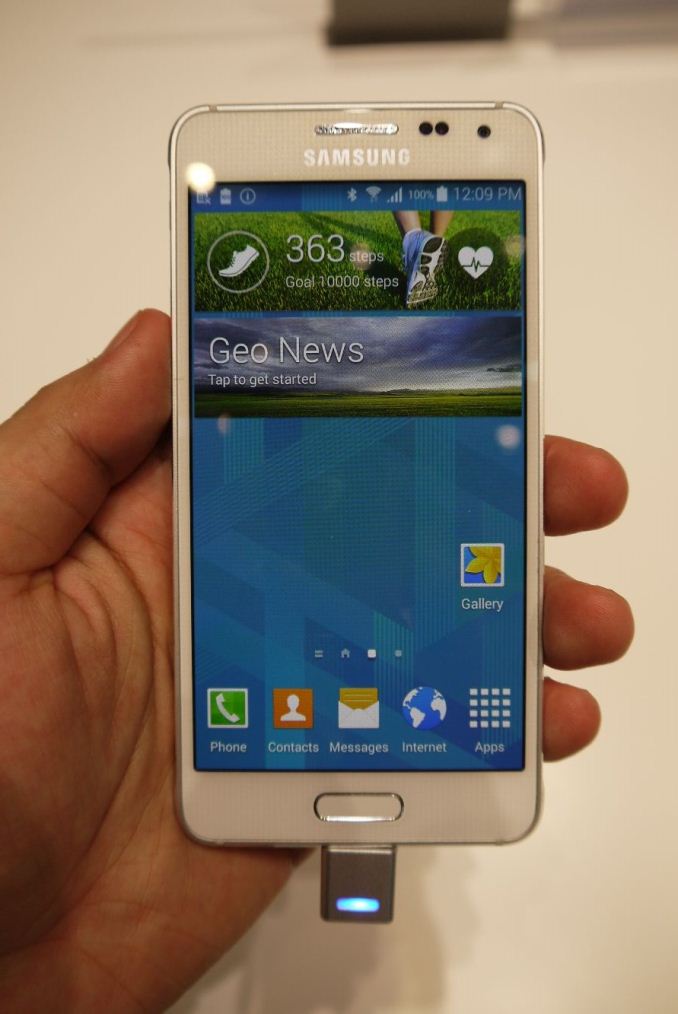