Everyone wants a fast processor. The ability to get more stuff done is one of a number of guiding principles of business. However, business also needs consistency, safety and security, which is why having enterprise-class processors is often a requirement in the back-end infrastructure. These processors, with lots of cores, aren’t as fast as consumer processors, so it becomes a tussle whether it makes sense to go fast without security, or to play it safe with a proven platform. With AMD’s new 7F processors, the aim is to provide that proven platform with super-fast cores with lots of cache. We’ve got the 7F52 in for testing today. 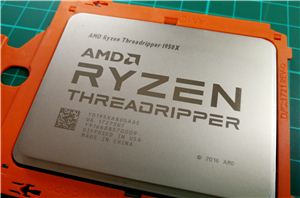 In the early 2000s, we had the battle to high frequencies. The company that could force the most cycles through a processor could get a base performance advantage over...